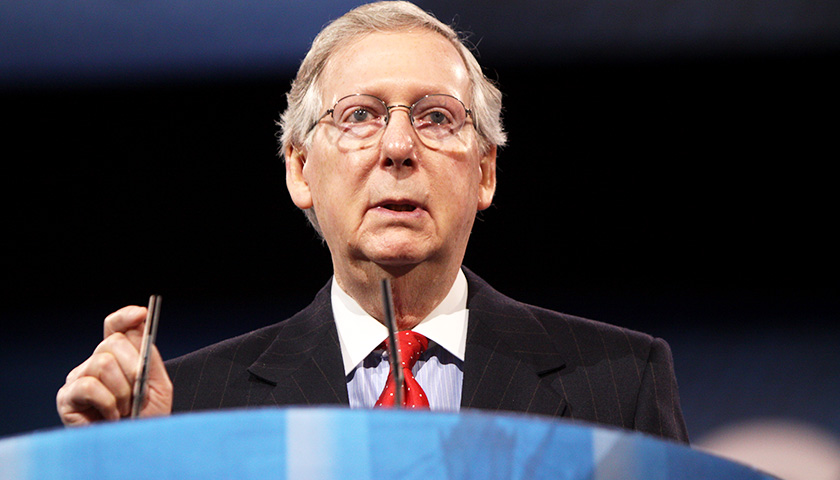 When Senate Minority Leader Mitch McConnell (R-Ky.) looks around his adopted hometown of Washington, D.C.—a city shamelessly and aggressively using every lever of federal power to destroy Donald Trump and the 76 million Americans who dared to vote for him in 2020—he sees only one menace to the well-being of the nation: