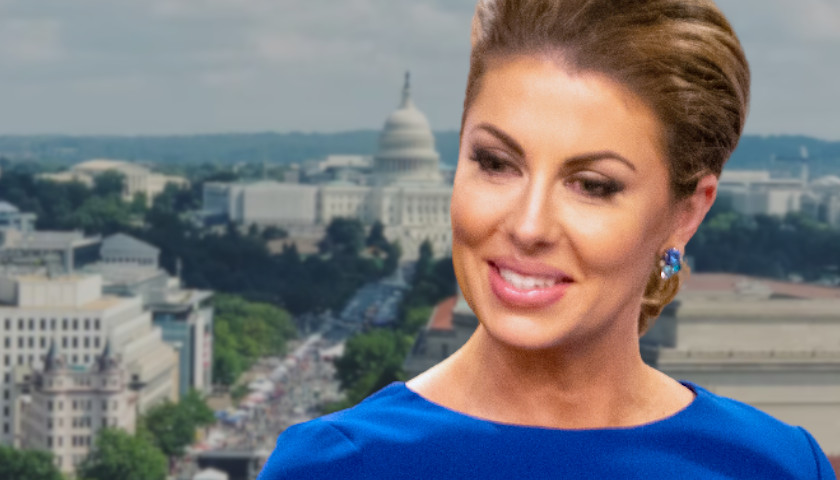 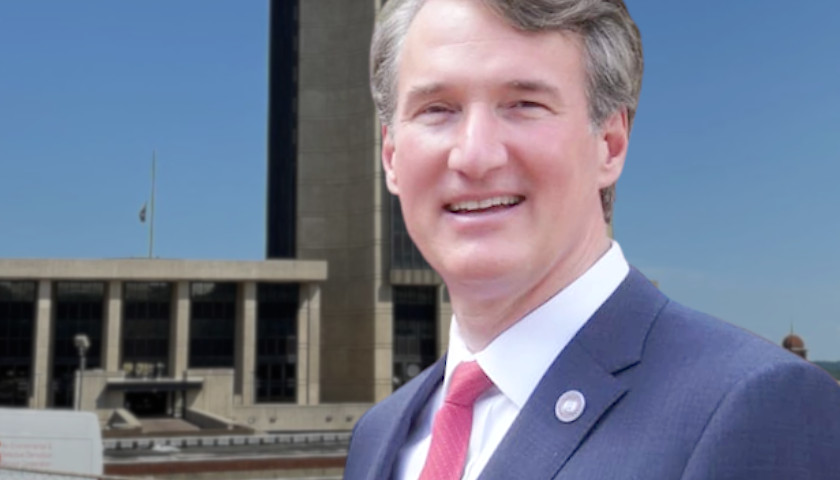 “The Governor has built a team who have been leaders and change agents in their fields. McKenzie knows first hand what it takes to build a best in class education system and we are thrilled to have McKenzie join the administration,” Youngkin spokesperson Macaulay Porter said.

Democrats reacted with alarm after The Virginia Mercury reported the pick. 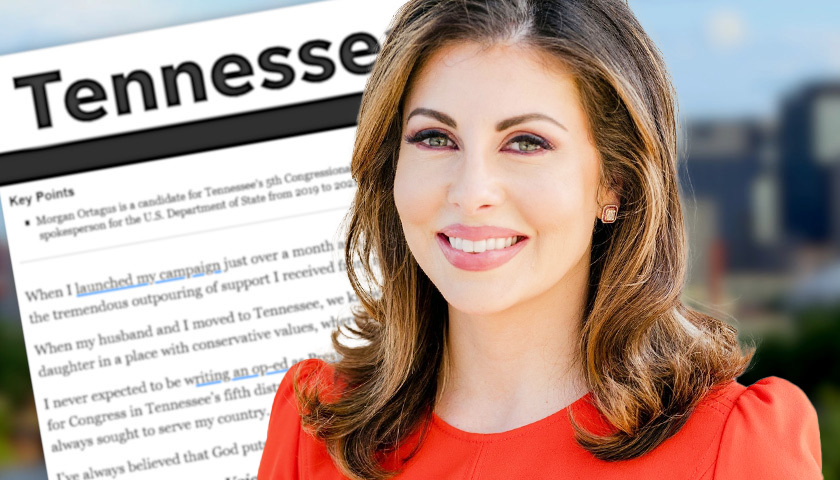 In an op-ed published in the Left Wing Gannett-Owned Tennessean, TN-5 Carpetbagger Candidate Morgan Ortagus effectively told the GOP-Controlled Tennessee General Assembly to drop dead. She advocated against pending Tennessee General Assembly legislation that would establish a three-year residency requirement for candidates who seek to be on the ballot in primaries for the U.S. House and the U.S. Senate.

The op-ed is titled “Morgan Ortagus: Tennessee voters should have the ultimate say on who represents them.” In the piece, Ortagus advocates  The House version of the legislation is scheduled for a floor vote on Monday.

Despite it falling on Ash Wednesday, sources tell The Tennessee Star Morgan Ortagus, a candidate for Tennessee’s Fifth Congressional District and former State Department spokesman, still has a scheduled out-of-state fundraiser in Washington, D.C. with a host committee that includes Never Trumpers and a fired State Department staffer who tweeted that President Trump was unfit for office.

The Star previously reported that the point of contact for the fundraising event is professional fundraiser Lisa Spies, a former staffer for Mitt Romney’s presidential campaign in 2012 and a 2016 Never Trumper who has a history of opposing President Trump. 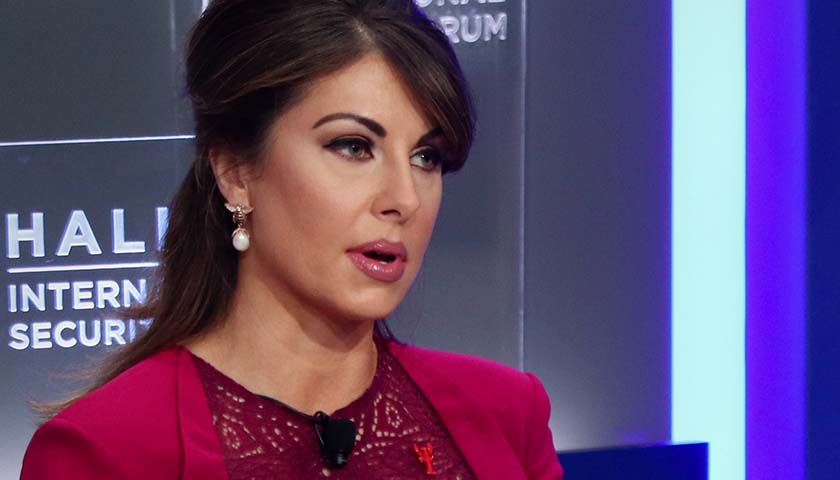 The host committee for an out-of-state fundraiser for the Morgan Ortagus for Congress campaign includes a former Trump administration State Department staffer who was fired for tweeting that President Trump was unfit for office, as well as several Never Trumpers.

Former Trump administration State Department spokesman and candidate for Tennessee’s 5th Congressional district Morgan Ortagus will be in Washington, D.C. on Ash Wednesday, March 2, 2022 to attend this fundraiser for her campaign. 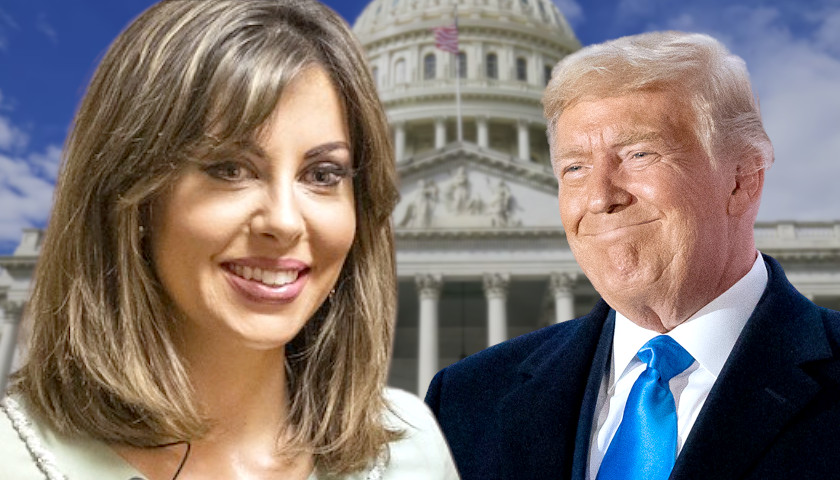 Former Trump administration State Department spokesman Morgan Ortagus made a dubious claim about why President Trump endorsed her in a national publication.

Ortagus recently sat down with the Jewish News Syndicate to discuss her candidacy for Tennessee’s 5th Congressional district seat. 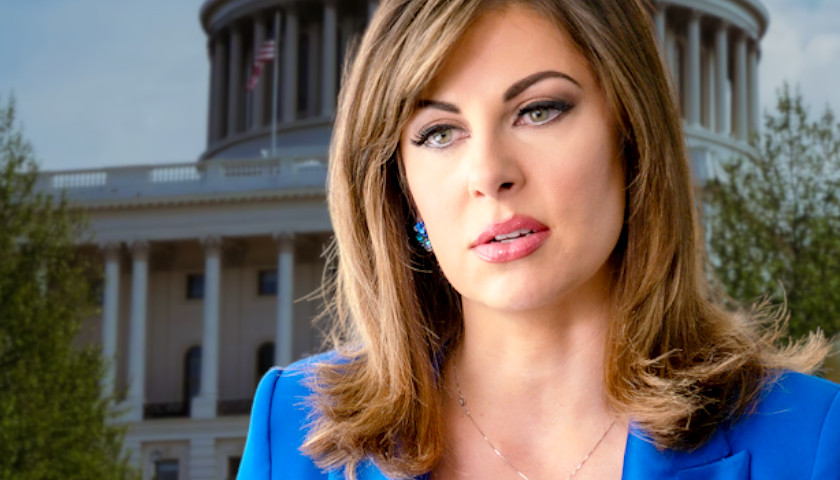 A newly announced TN-5 candidate is receiving a lot of national attention.

Questions continue to surround a candidate’s voting history in the race for Tennessee’s 5th Congressional seat. 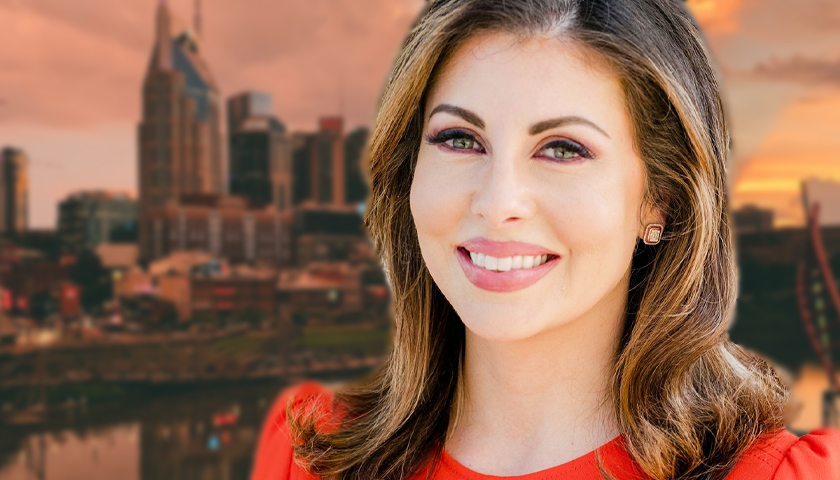 Records indicate that a candidate running in the Tennessee 5th Congressional District Republican primary does not live in the district.

Records read to The Tennessee Star say that former Trump administration State Department spokesman Morgan Ortagus’ current address is in the 7th Congressional District, not the 5th District that she is seeking to represent. 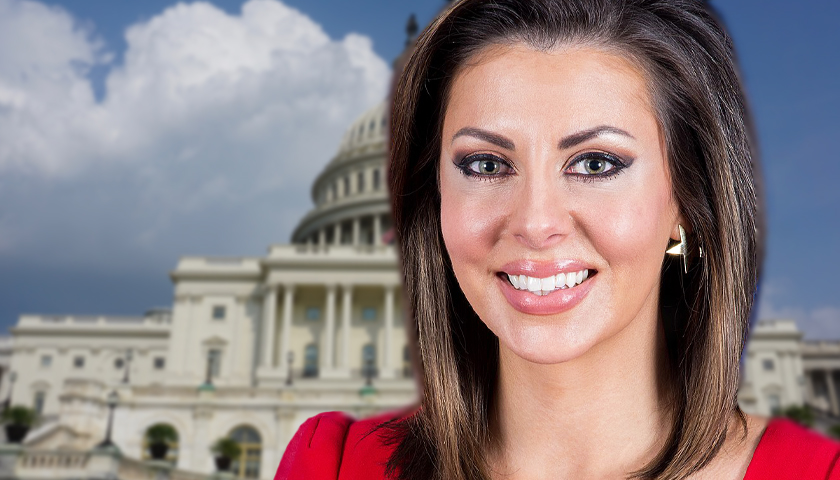 Ortagus’ campaign sent out a press release announcing the candidacy, along with a campaign video. Ortagus then joined Nashville’s Morning News with Dan Mandis to discuss her candidacy. Mandis immediately asked her about her previous comments disparaging President Trump. 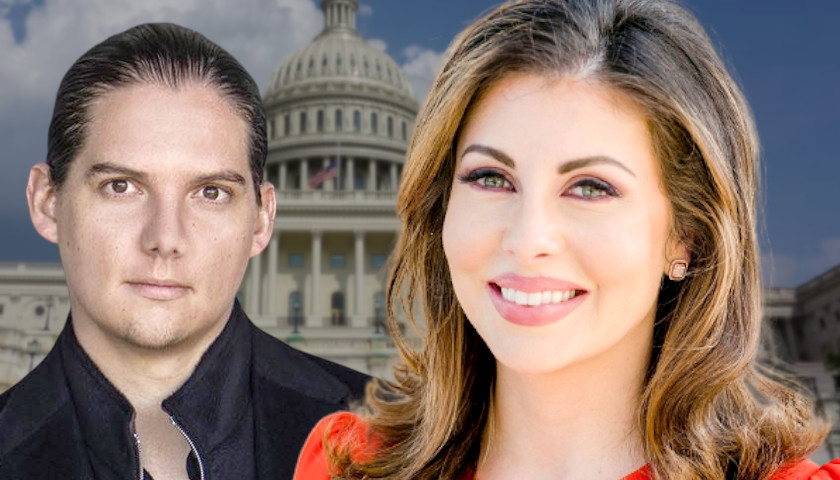 President Donald J. Trump says he stands by his offered endorsement of Morgan Ortagus and that he didn’t know Robby Starbuck but heard that he voted for Obama. 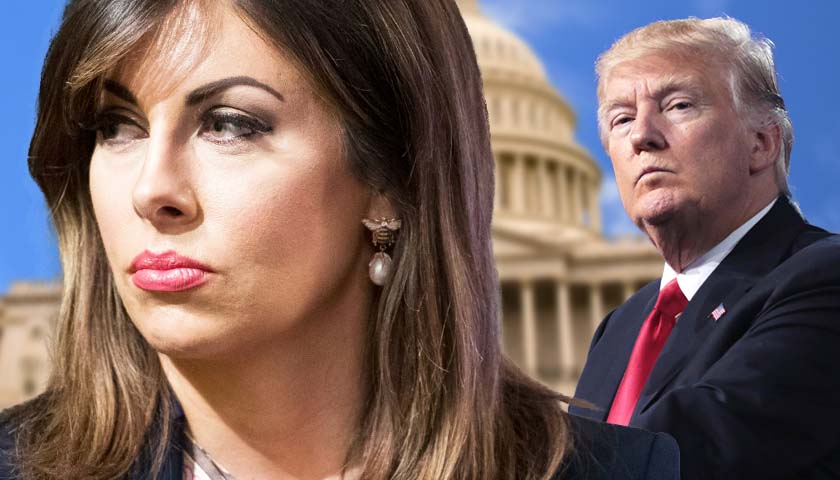 President Trump is strongly encouraging Morgan Ortagus to run for Congress in the race for Tennessee’s 5th Congressional District but the former state department spokesman has had strong words for him in the past.

When she was a spokeman for the Jeb Bush campaign, Morgan Ortagus referred to President Trump’s words as disgusting and expressed on MSNBC that she was unsure if she would vote for him if he was to become the Republican nominee.

Those previous comments appear to be water under the bridge for President Trump and Ortagus’ relationship. It was previously reported that President Trump issued the following statement on Morgan Ortagus’ potential candidacy: 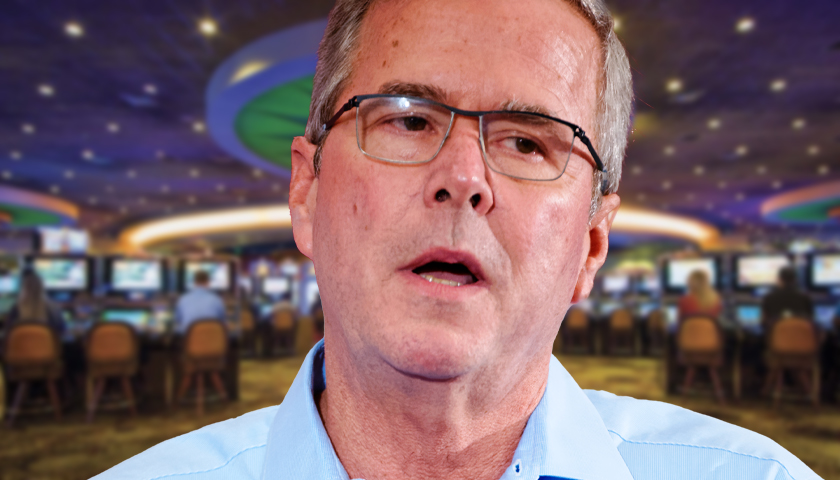 As the Florida Legislature reconvened in Tallahassee Monday for a special session to iron out the details of the state’s new gambling compact with the Seminole Tribe, one former Republican Governor spoke out against the deal.

“South Florida is on a roll!” failed 2016 presidential candidate Jeb Bush said in a statement. “Our great quality of life and an incredible surge of job creators to our region have put us on a path for rising income and prosperity for many more of our neighbors. At the time when our economy is poised for an unprecedented takeoff after taking a hit from the pandemic, now is not the time to expand casino gambling which will benefit a handful at the expense of many.” 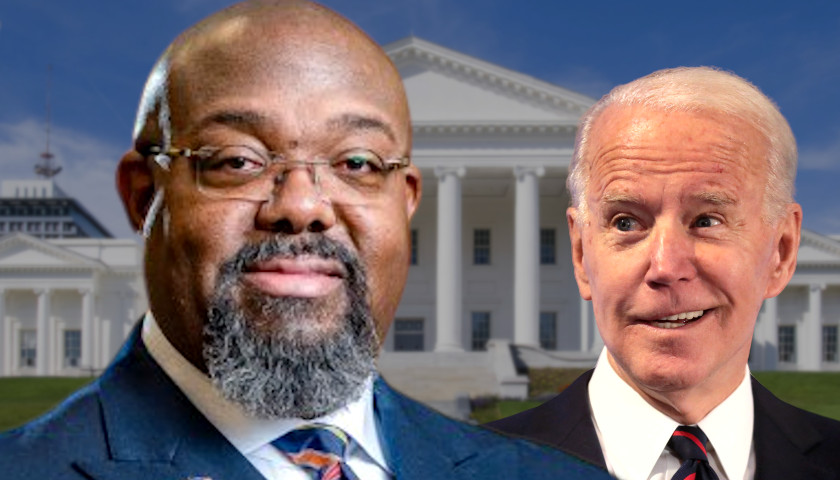 The Jack White for Attorney General campaign confirmed to The Virginia Star that Jack White gave $5,600 to campaign committees associated with the Biden for President campaign in October 2020. The money was sent as two separate contributions. The first donation occurred October 1st, 2020, to the Biden Victory… 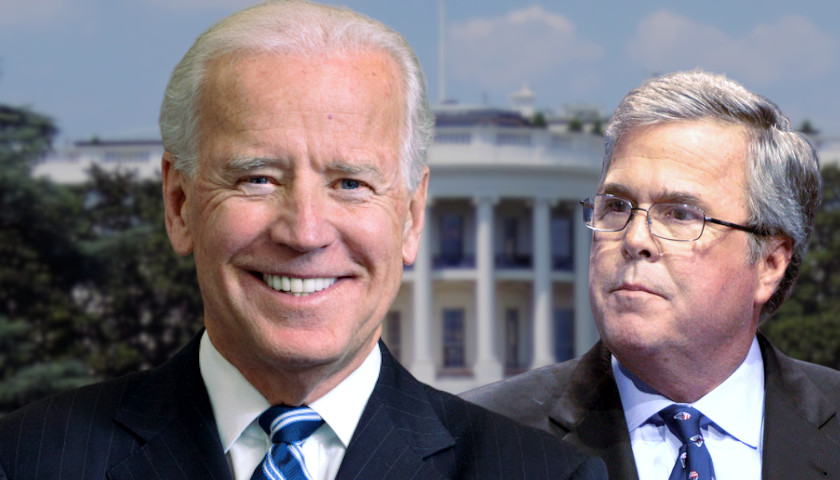 Joe Biden is the Jeb Bush of the 2020 Democratic primary, a candidate who the kingmakers of the Democratic Party attempted to put into the White House so that they could control the levers of power much like Jeb in 2016. 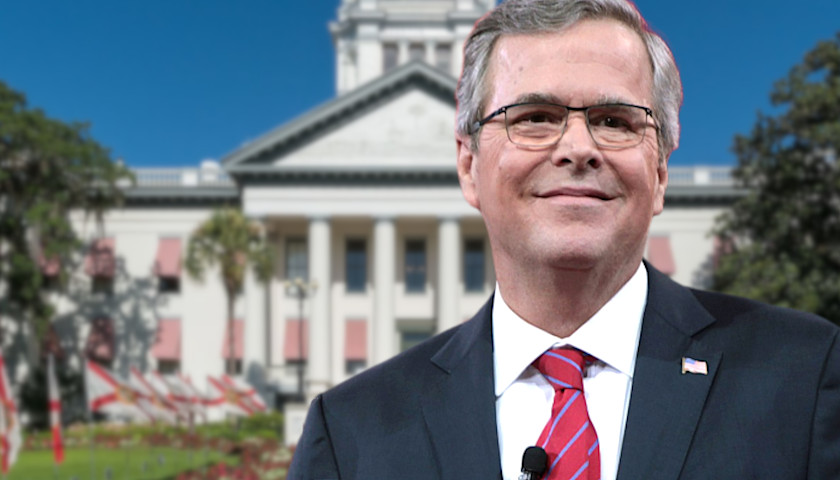 by George Rasley   Jeb Bush is to Republican politics what the little mechanical moles are to the arcade game Whack-A-Mole; an annoyance that bursts forth according to some malevolent algorithm and the faster you beat it down the quicker it pops back up. With the Florida legislature about to… 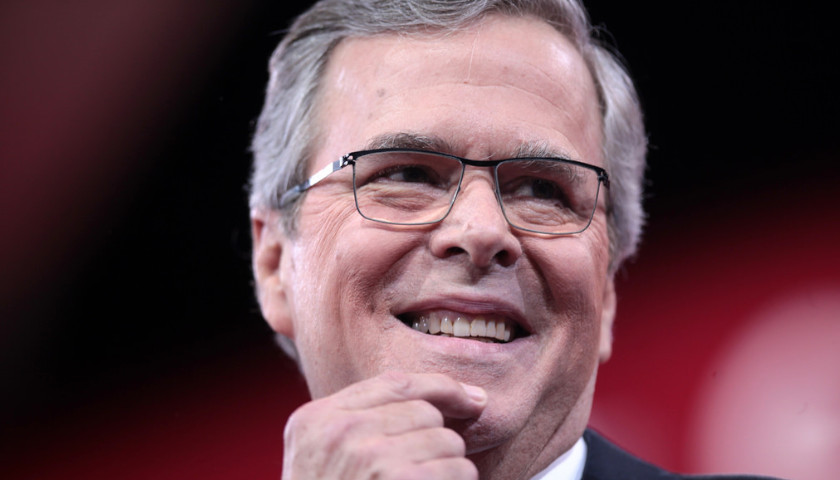 by George Rasley   Jeb Bush is to Republican politics what the little mechanical moles are to the arcade game Whack-A-Mole; an annoyance that bursts forth according to some malevolent algorithm and the faster you beat it down the quicker it pops back up. Jeb! surfaced most recently to encourage… 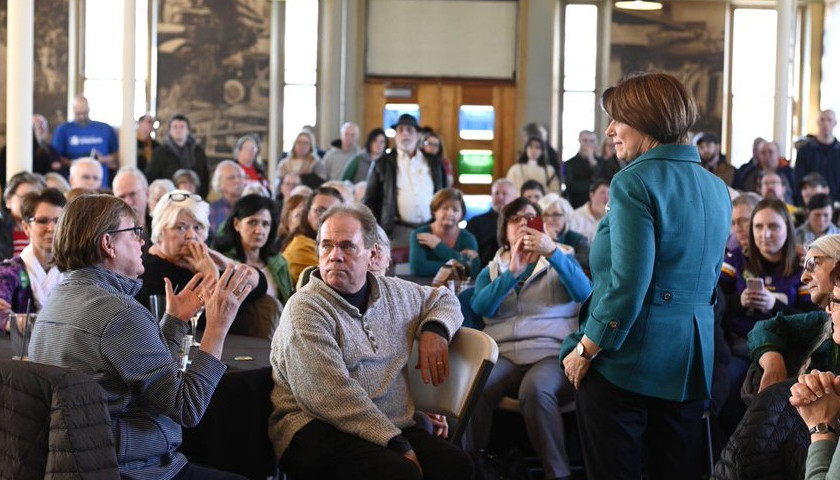 2020 Democratic contenders descended upon Iowa over the weekend, including Sen. Amy Klobuchar (D-MN), who made stops in Dubuque, Waterloo, and Independence. “I followed the Mississippi River down from our snowy announcement and ended up in Dubuque! Great conversations with Iowans who are looking forward to 2020,” the Minnesota senator… 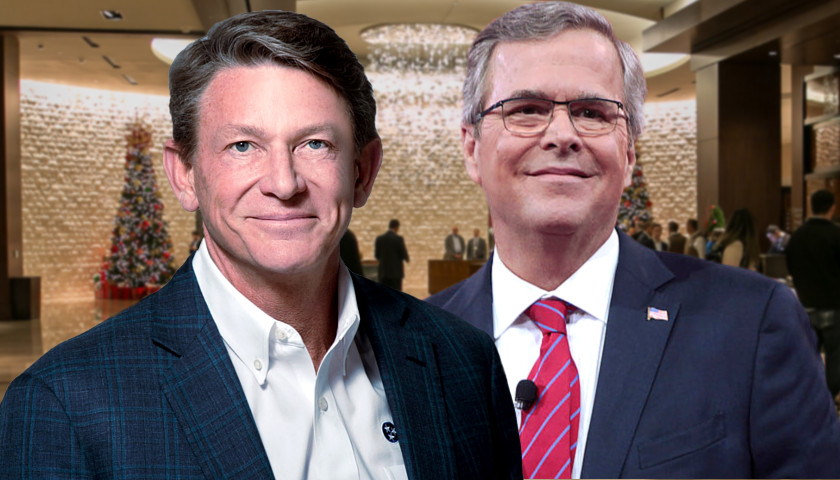 NASHVILLE, Tennessee — Jeb Bush on Thursday headlined a fundraiser for Republican gubernatorial candidate Randy Boyd at the Omni Hotel downtown. Boyd, who is considered an establishment figure by grassroots conservatives, has faced criticism for turning to Bush to boost his campaign. The former Florida governor badly failed in his… 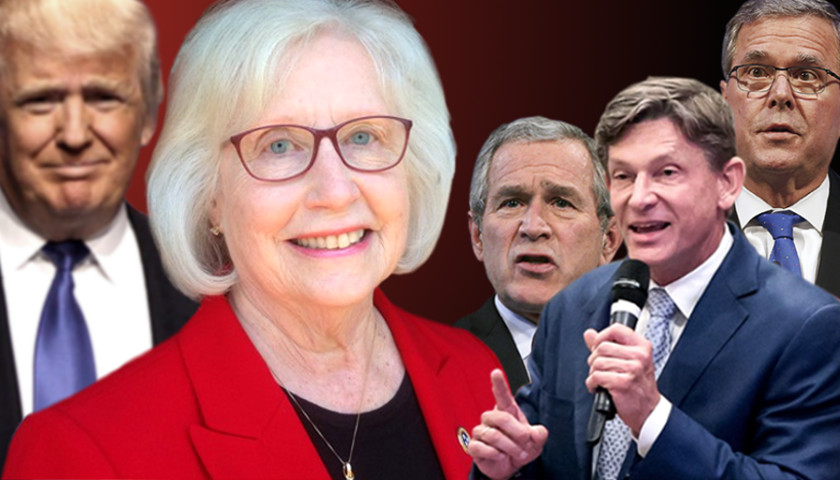 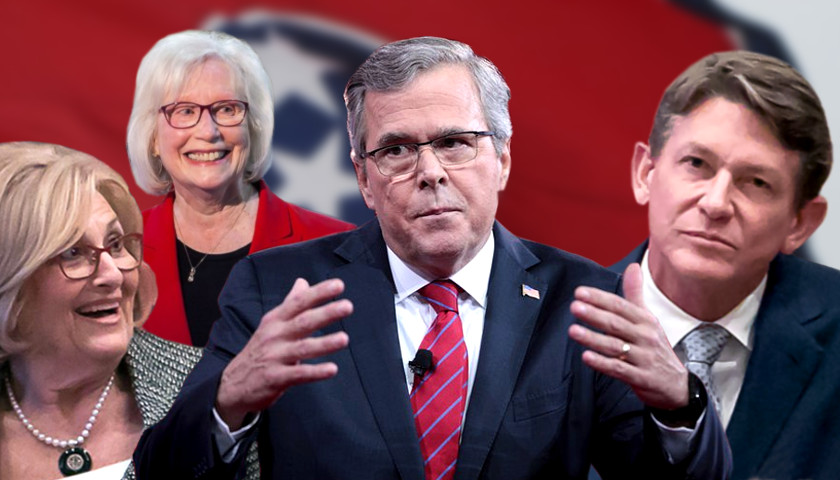 On Thursday, the Randy Boyd for Governor campaign demonstrated that it has not yet grasped the first rule of holes: “When you’re in a hole, stop digging.” Boyd’s announcement on Wednesday that failed presidential candidate and prominent Never Trumper Jeb Bush will headline a November 30 fundraiser for the Knoxville… 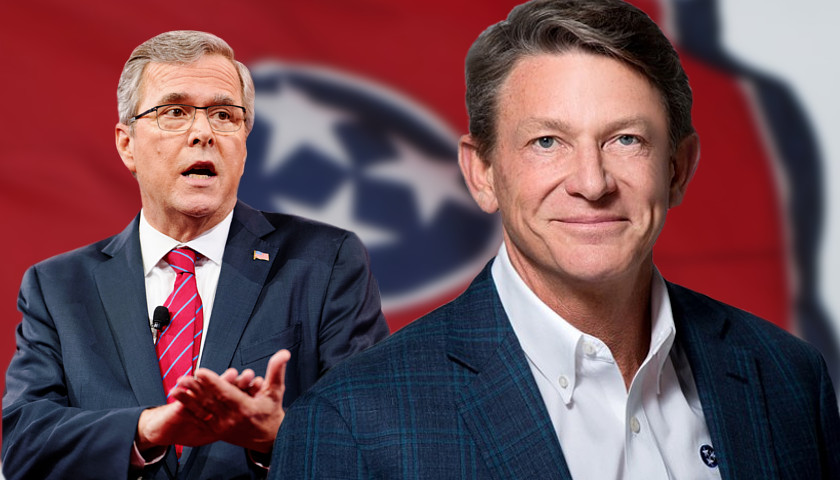 The Randy Boyd for Governor campaign confirmed on Wednesday that failed presidential candidate Jeb Bush will be the headliner at a November 30 fundraiser for Boyd in Nashville, The Tennesseean reported: Exact location and cost of attending the event were not immediately available. Bush is scheduled to be at this… 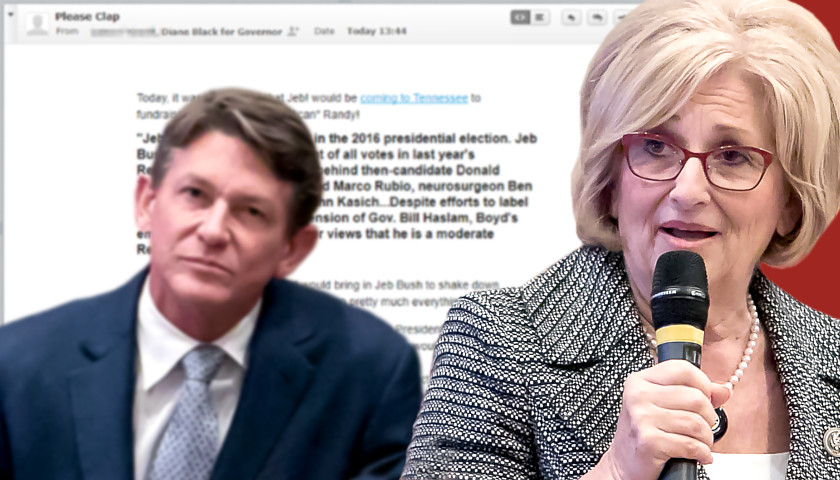 Randy Boyd’s campaign for governor announced Wednesday it will host a fundraiser November 30 featuring former Florida governor and 2016 presidential hopeful, Jeb Bush. Representative Diane Black’s gubernatorial campaign was quick to respond, with a sharp email blast to media with the cheeky subject line: ‘Please Clap.’ “Today, it was announced that… 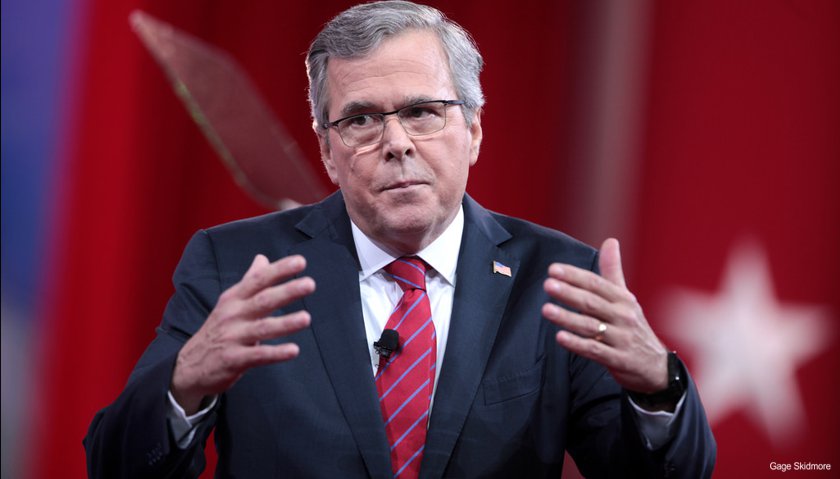 Jeb Bush, former Florida governor, former presidential hopeful and former loud critic of President Donald Trump, has stepped back into the political arena to call out his fellow Republicans as hypocrites – for not publicly condemning Trump. Sigh. Why, why, why do these entrenched Republicans insist on picking public fights… 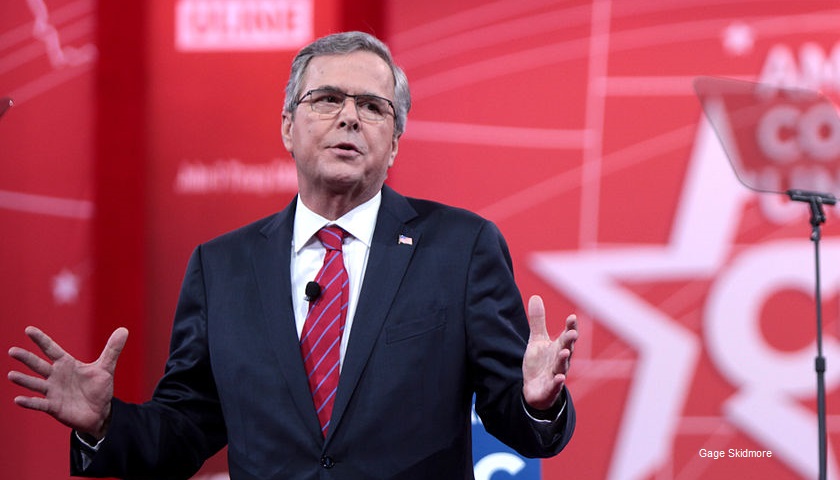 NEW YORK — A group led by former Florida Gov. Jeb Bush and ex-Yankee Derek Jeter has rounded up the investors to buy the Marlins. “They have the money,” a Major League Baseball source said. But the source said negotiations to purchase the Marlins are ongoing and that three groups…