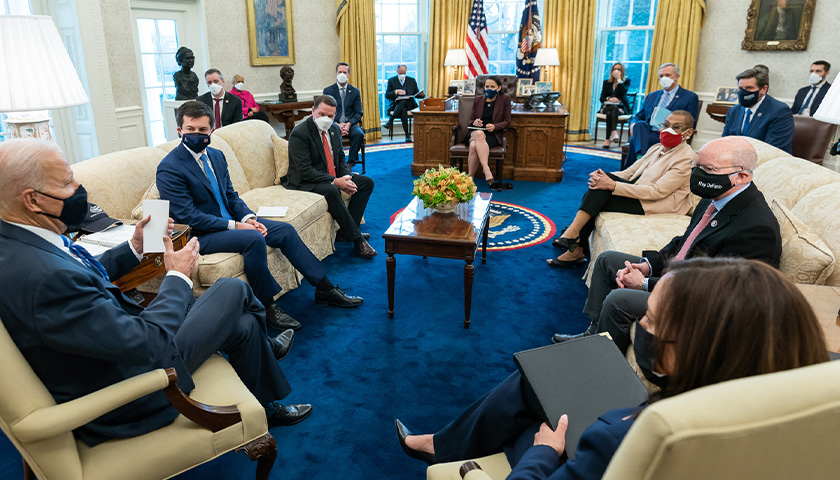 The guessing game of how long the levitation of the Biden presidency can be taken seriously seems to be entering a new phase. The deluge of illegal entries into the United States at the southern border is now running at a rate of closer to 3 million than 2 million a year and yet we still see and hear the bobbling talking head of the Homeland Security Secretary Alejandro Mayorkas assuring us, “The southern border is closed.”

The media has provided almost no coverage of this calamitous invasion. A recent Trafalgar poll found that 56 percent of Americans don’t think Joe Biden is “fully executing the duties of his office,” yet the docile White House press corps continues to ask him about his ice cream and other such probing questions of national interest. Apart from a rising stock market and a quieter atmosphere, the record of the new administration is one of almost complete failure.

The oceanic influx of unskilled labor at the southern border cannot fail to aggravate unemployment and depress the incomes for the vulnerable sectors of what, under President Trump, was a fully employed workforce. The administration has reduced domestic oil production and squandered the country’s status as an energy self-sufficient state. These are all familiar issues to those who follow public affairs, but the 95 percent Democratic-supporting media preserve the cocoon of a fairyland Biden presidency, whose bumbling chief flatters himself with comparisons to Franklin D. Roosevelt.