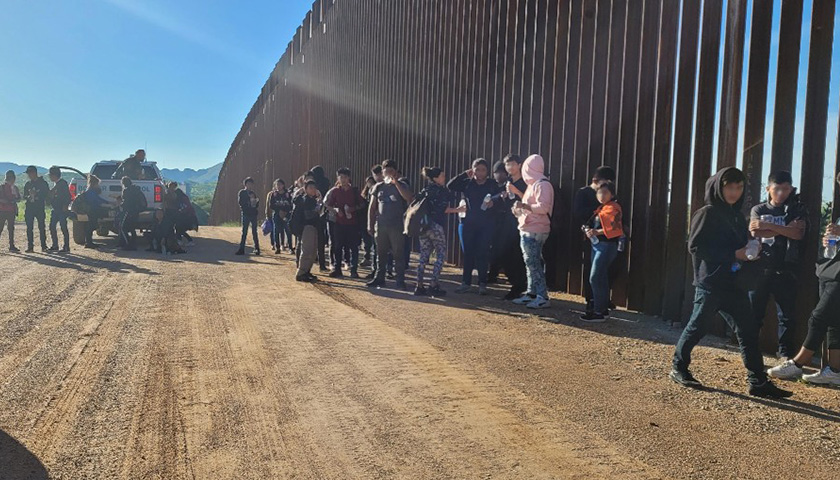 Over the weekend, a large group of minor illegal aliens was caught crossing the U.S. southern border with Mexico near the town of Sasabe.

“A group of 51 migrants, mostly Guatemalan citizens, were taken into custody by Tucson Station agents near Sasabe, AZ. There was only one adult in the group, and the youngest child was just 11-months-old,” said John Modlin, Chief Patrol Agent of the U.S. Border Patrol’s Tucson Sector. “Several agents responded to assist with transport and processing.”