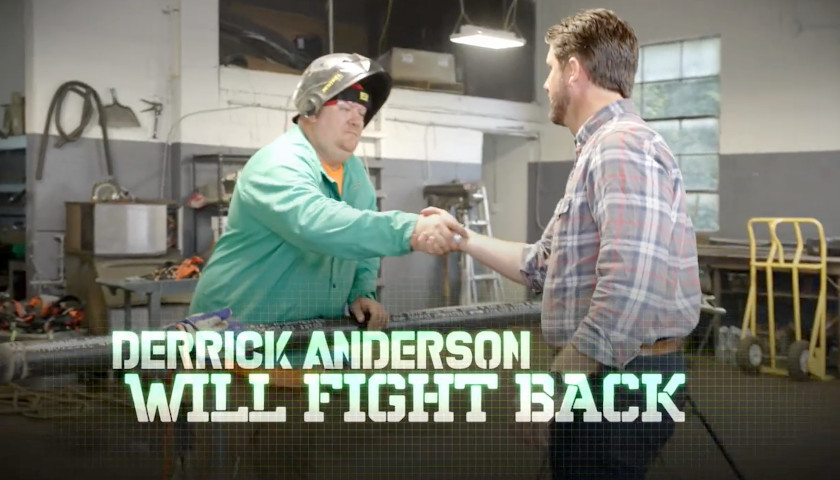 VA-07 GOP candidate Derrick Anderson launched his third ad of the campaign on Wednesday, highlighting his Trump-aligned policies on the border, guns, and abortion ahead of the nomination on Tuesday.

“Lawlessness on our streets. Abortion on demand. Joe Biden and the radical Democrats are destroying America,” the ad says. “Conservative warrior Derrick Anderson is ready to fight back.”