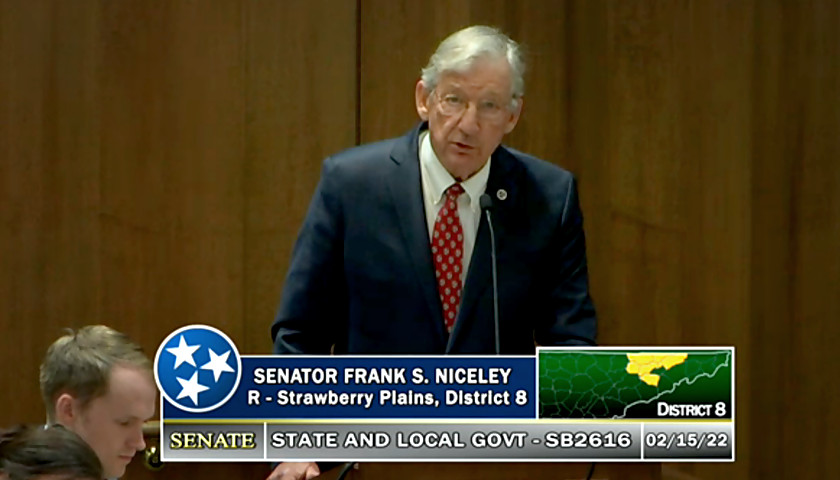 Tennessee State Senator Frank Niceley (R-TN-08) is the sponsor of SB2616, which states that candidates for U.S. House and U.S. Senate must meet the same residency requirements as Tennessee state representatives and state senators in order to run in a primary in Tennessee. That means a candidate has to have to have lived in the state for three years.