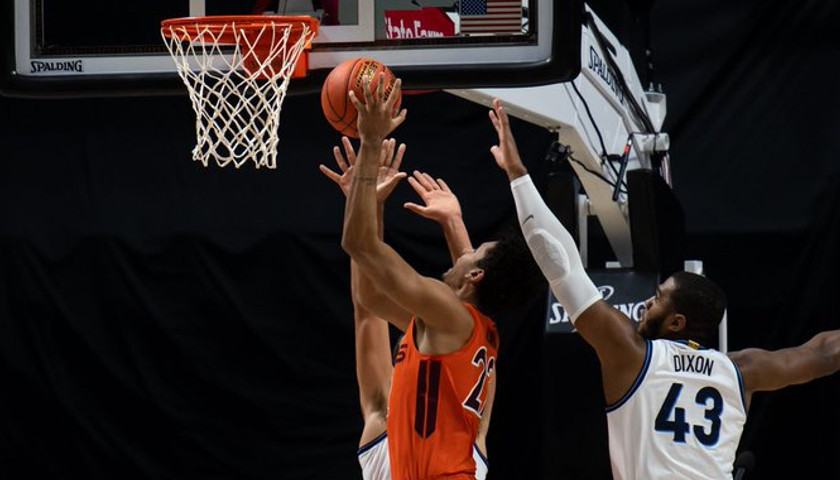 After trailing by double digits late in the second half, Virginia Tech came from behind and upset No.3 Villanova 81-73 in a thrilling overtime game that wasn’t even supposed to happen in the first place.

Despite some late-game adversity, the Hokies (2-0) defeated one of college basketball’s best teams on Saturday thanks to 23 points and eight rebounds from Keve Aluma, 20 points from Nahiem Alleyne off the bench and a stuffed stat sheet by Tyrece Radford with eight points, five assists and 13 rebounds.