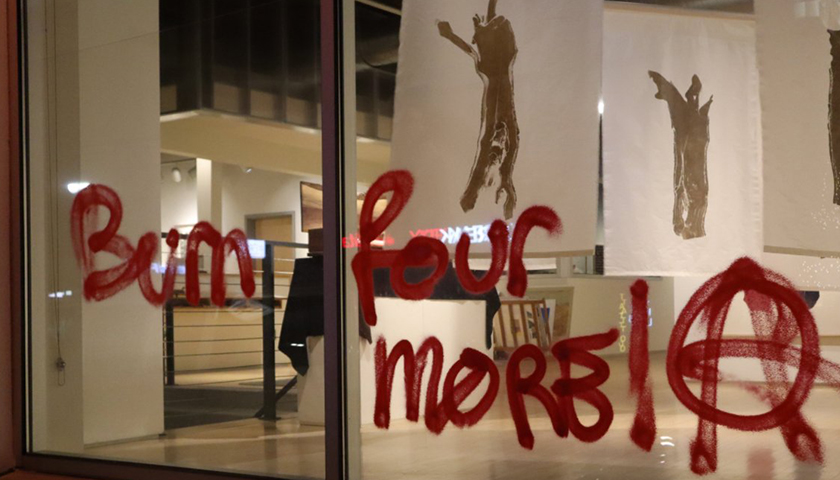 The march was infiltrated by independent photojournalist Rebecca Brannon, who said that Antifa-affiliated accounts had been posting about the “direct action” all week.

Brannon reports that a helicopter was circling overhead the entire time, but no police ever showed up during the two-hour occupation.