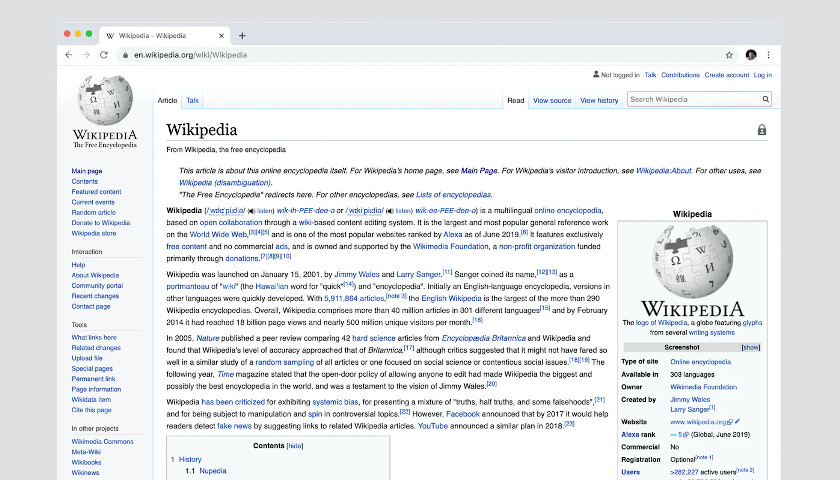 A co-founder of Wikipedia is launching a competing website as a free-speech-friendly alternative to what he views as the increasingly monolithic left-wing bias of his former organization.

Last May, Wikipedia co-founder Larry Sanger wrote an op-ed on his personal website titled “Wikipedia is Badly Biased” claiming that Wikipedia’s neutrality policy — known as “NPOV,” or neutral point of view — “is dead.”