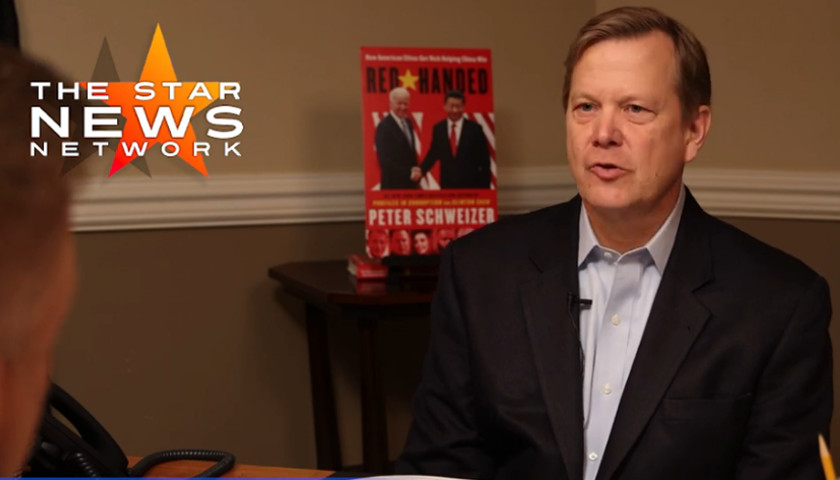 The author of “Red-Handed How American Elites Get Rich Helping China Win” told The Star News Network that Sen. Dianne Feinstein, and her investor husband Richard C. Blum, have financially benefited from their ties to senior leaders in the Chinese Communist Party.

“Dianne Feinstein’s ties to Chinese Communist Party officials goes way back to when she was the mayor of San Francisco in the late 1970s,” said investigative journalist Peter Schweizer, the host of “The Drill Down” podcast and the founder and president of The Government Accountability Institute.