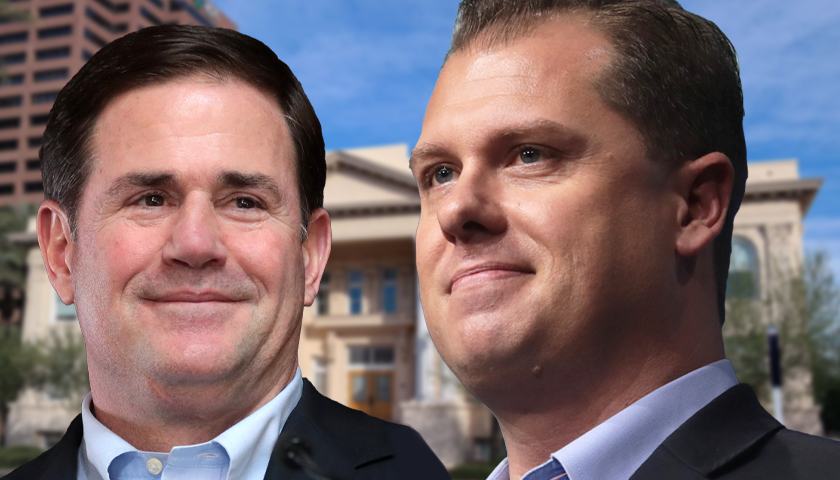 Twenty-six Republican members of the Arizona Legislature signed onto a letter drafted by Rep. Jake Hoffman (R-Queen Creek) asking Arizona Governor Doug Ducey to take four steps of action in regards to several school districts that appear to be violating state law by imposing mask mandates in schools. A high school biology teacher recently filed a lawsuit over the mandate implemented by Phoenix Union High School District. The school districts contend that the law, A.R.S. 15-342.05, doesn’t apply yet since bills do not go into effect until 90 days after the end of the legislative session, but the bill contains a retroactive clause.

“It borders on anarchy and destabilizes the very foundation of our society to have local governments effectively refusing to comply with the law. It must not be allowed to stand,” the legislators said. “Any local government that willfully and intentionally flaunts state law must be held accountable.”