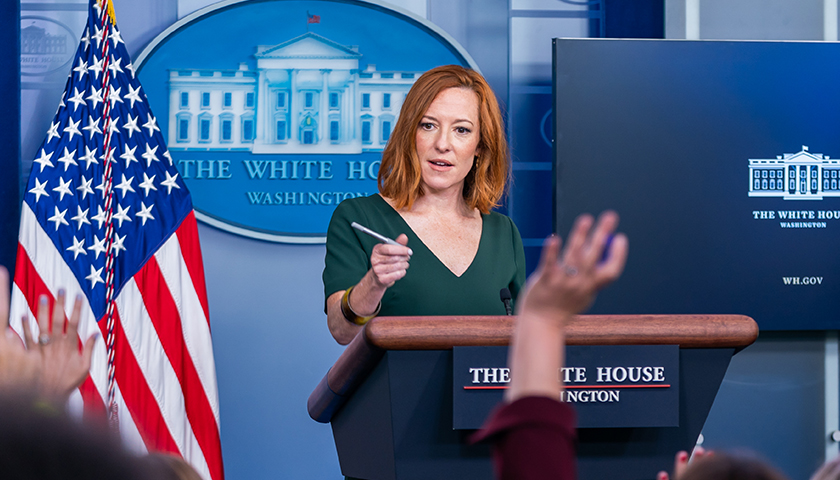 “By mixing official government business with support of a candidate for partisan political office in the weeks before the election and engaging in political activity while on duty, Ms. Psaki appears to have used her official authority or influence for the purpose of interfering with or affecting the result of an election, political activity that is prohibited by law,” Citizens for Responsibility and Ethics in Washington (CREW) said in its complaint filed with the Office of Special Counsel (OSC).