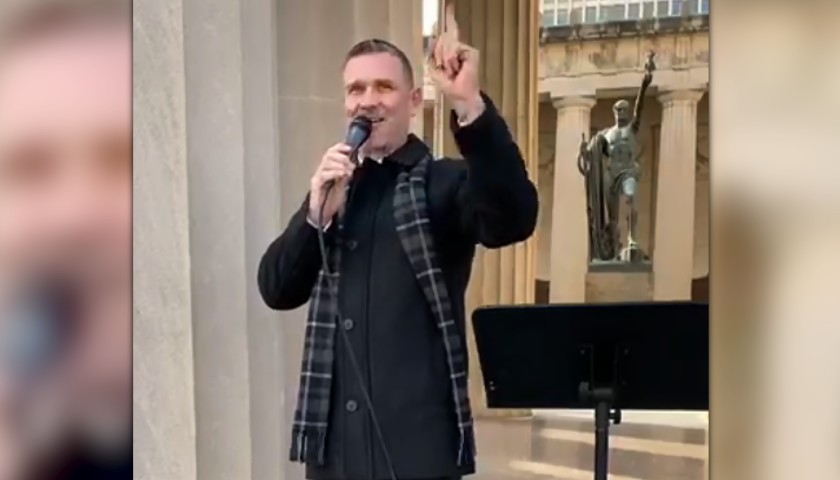 Monday afternoon in downtown Nashville, a rally of just over 100 people protested the latest gathering limit from Mayor John Cooper. None of the police were present at the Legislative Plaza steps where everyone gathered.

Cooper coined the term “Rule of 8” for the city’s latest pandemic-related order ahead of Thanksgiving. The event description on Facebook described the rule as “ridiculous and unconstitutional.”

Pastor Greg Locke hosted the protest. Locke announced the event during the third “Stop the Steal” rally last Saturday – Trump supporters have pledged to gather every weekend until the general election lawsuits are resolved.