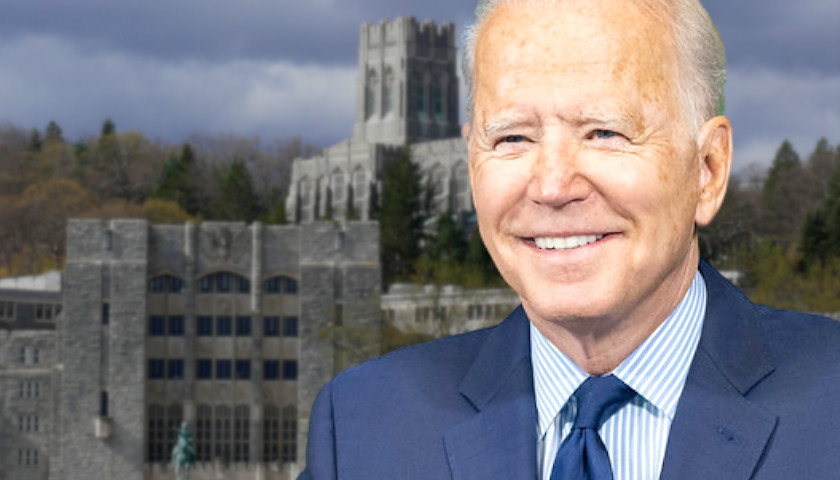 The U.S. Military Academy at West Point passed the buck back to the White House when asked Thursday whether it would follow President Joe Biden’s directive to fire appointees of former President Donald J. Trump from its advisory boards.

“Members of the U.S. Military Academy’s Board of Visitors (BOV) are appointed by the President and members of Congress to provide independent advice and recommendations to the Academy’s leaders,” Lt. Col. Beth R. Smith, West Point’s Director of Public Affairs and Communications, told The Tennessee Star by email.