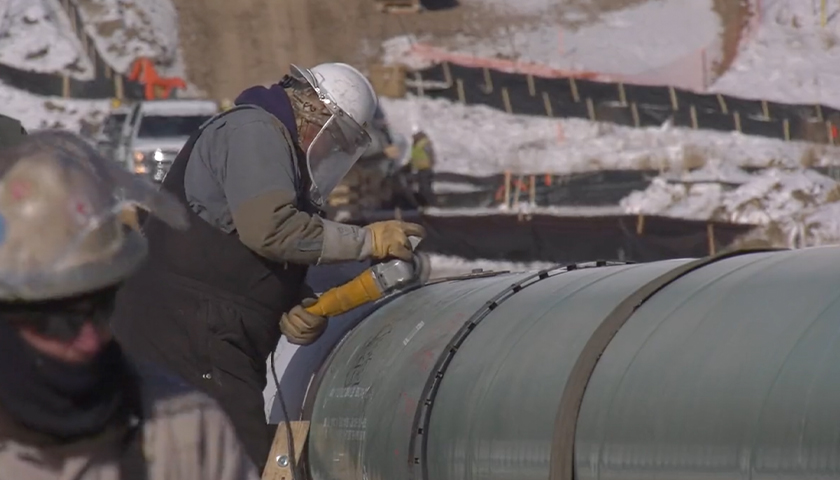 A 1977 pipeline treaty between Canada and the United States is being invoked by Canada in order to prevent closure of the Enbridge Line 5 pipeline, which has been in operation under the Straits of Mackinac for the past 68 years.

On Monday, Gordon Giffin, legal counsel for the Canadian government, issued a letter to the U.S. Western District of Michigan Federal Court on Monday, according to a news report by Reuters. In the letter, Giffin noted the 1977 treaty prohibits Michigan and/or the U.S. government from disrupting the operation of Line 5, and asked U.S. District Judge Janet Neff to delay issuing an opinion to allow treaty negotiations between the Canada and the United States to proceed.

Article II of the treaty reads: “No public authority in the territory of either Party shall institute any measures, other than those provided for in Article V, which are intended to, or which would have the effect of, impeding, diverting, redirecting or interfering with in any way the transmission of hydrocarbon in transit.” Article V specifies “an actual or threatened disaster, operating emergency or other demonstrable need” as reasons to shut down the internationally operated pipelines.