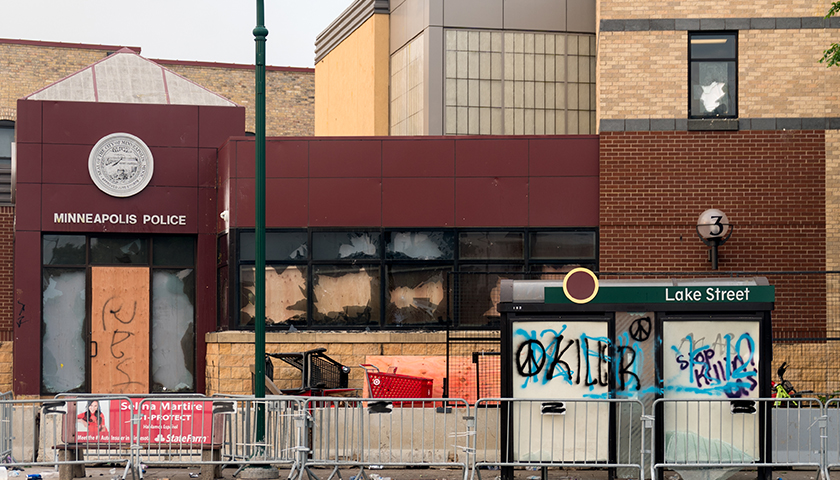 A painting of a Minneapolis police station going up in flames won a recent award from a student-run art magazine at Valparaiso University.

“Order is Not Justice,” a work by Sam “Doc” Janowiak, received a first-place award in the annual “Artivism” contest run by The Lighter, a campus magazine featuring promoting poetry, short stories, and visual arts.

Janowiak told The College Fix the title of the painting was inspired by Martin Luther King Jr., who wrote in his Letter from Birmingham Jail:

“I have almost reached the regrettable conclusion that the Negro’s great stumbling block in his stride toward freedom is not the White Citizen’s Counciler or the Ku Klux Klanner, but the white moderate, who is more devoted to ‘order’ than to justice; who prefers a negative peace which is the absence of tension to a positive peace which is the presence of justice.”