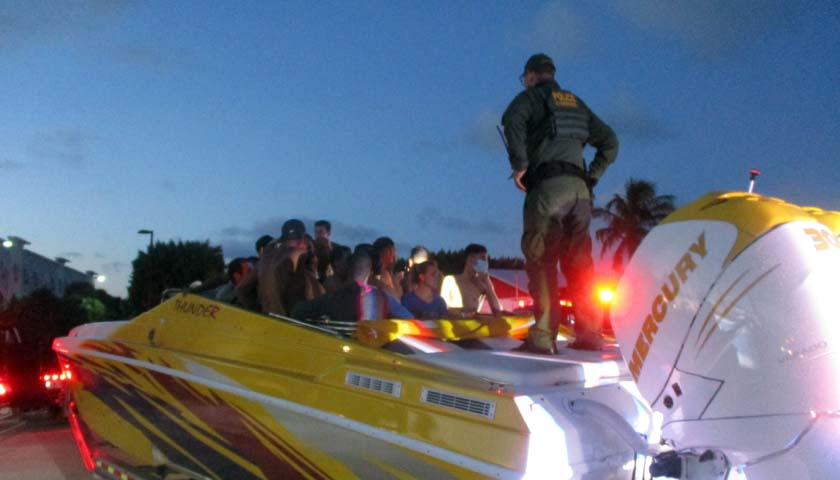 A Monroe County Sheriff’s officer found 32 migrants suspected of traveling to the U.S. from Cuba hiding in a boat after pulling a truck over for driving too slow in Marathon, Florida, law enforcement officials announced on Monday.

Sgt. Joel Slough conducted a routine traffic stop of a rental truck hauling a large boat and found four suspected migrants in the vehicle including three young children, according to the sheriff’s department. Law enforcement officials discovered two pregnant women and a 17-year-old along with dozens of other migrants hiding in the boat.