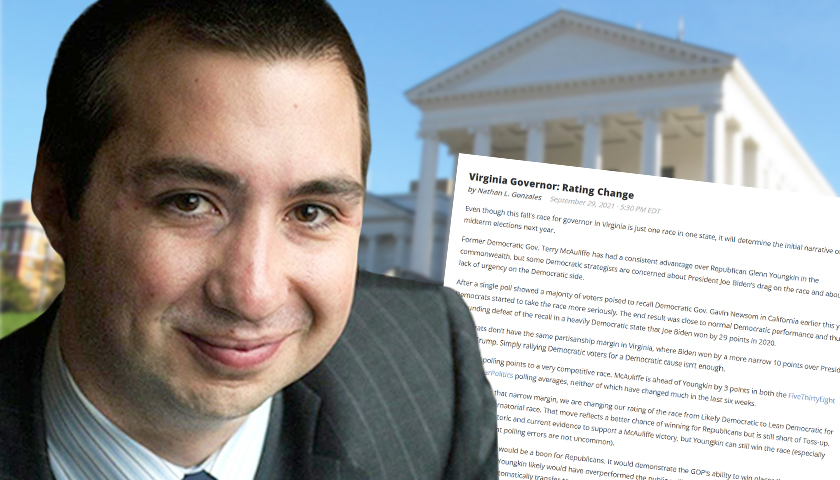 “Former Democratic Gov. Terry McAuliffe has had a consistent advantage over Republican Glenn Youngkin in the commonwealth, but some Democratic strategists are concerned about President Joe Biden’s drag on the race and about the lack of urgency on the Democratic side,” Inside Elections’ Nathan Gonzales wrote. “The public polling points to a very competitive race. McAuliffe is ahead of Youngkin by three points in both the FiveThirtyEight and RealClearPolitics polling averages, neither of which have changed much in the last six weeks.”