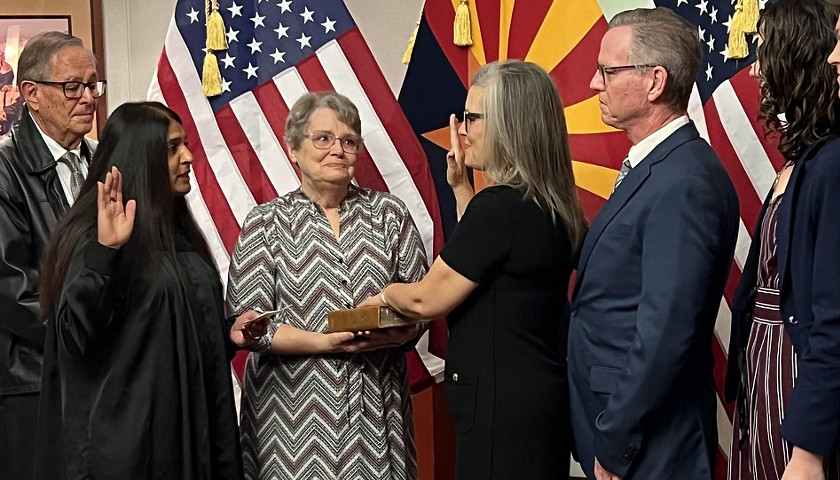 On Monday, Democrat Katie Hobbs was sworn in to serve as the 24th Governor of Arizona at a ceremony closed off from the public and media, barring a news photographer. Joining her were other newly elected or re-elected officials, including Kris Mayes (D) for Attorney General, Adrian Fontes (D) for Secretary of State, Kimberly Yee (R) for State Treasurer, and Tom Horne (R) for Superintendent of Public Instruction.

The 2022 General Election results show that Hobbs won her race by 17,117 votes. However, her Republican opponent Kari Lake has refused to concede. Lake’s campaign called the system “screwed up” because Arizonans were allegedly disenfranchised in this election, but Hobbs was sworn into office anyway.