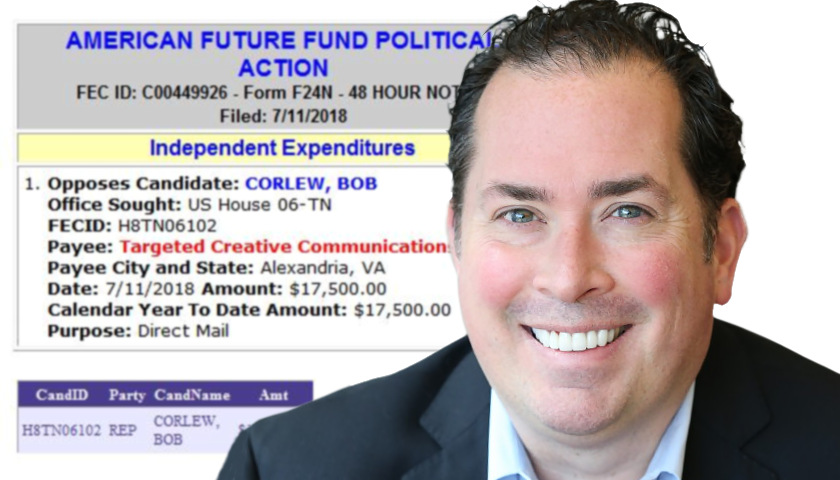 The American Future Fund, a 501(c)4 group that funded several attack ads against Donald Trump in the 2016 presidential election, has filed information with the Federal Election Commission indicating that they have just spent another $17,500 for a second round of negative mail against Republican conservative businessman and former Judge Bob Corlew.