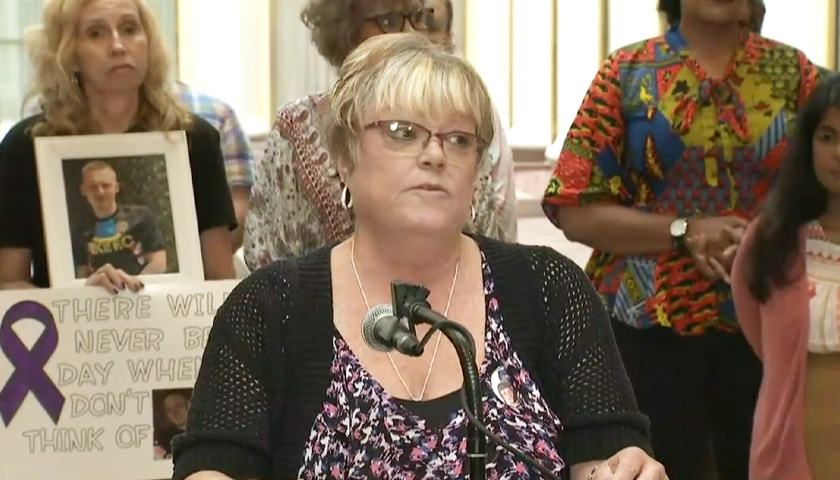 On Monday, Laura Shanafelter joined lawmakers at the Harrisburg Capitol’s East Wing Rotunda to urge passage of legislation named after her late son to strengthen sentences for fentanyl dealers.

Called “Tyler’s Law,” the measure sponsored by state Sen. Doug Mastriano (R-Gettysburg) would impose a mandatory minimum sentence of 25 years on any fentanyl pusher who facilitated a sale resulting in someone’s death. The senator has lamented that these dealers often get sentences of only a few years in cases when investigation even occurs.