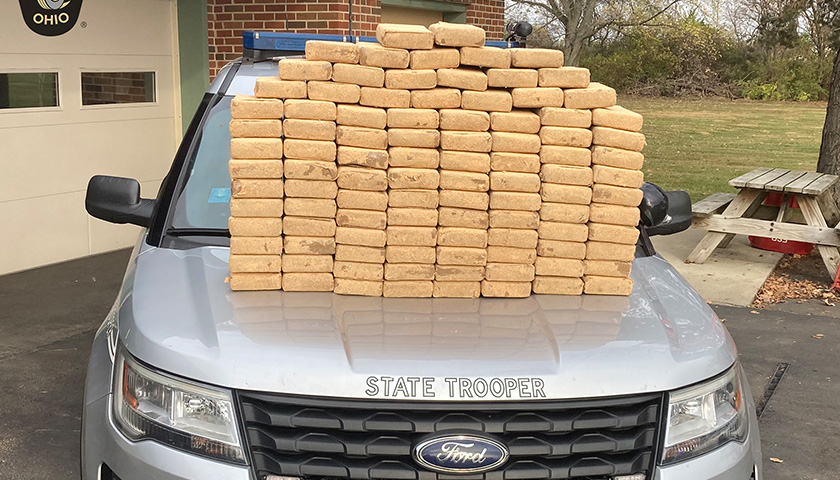 Ohio State Highway Patrol (OSHP) Troopers seized 99,790.3 grams of cocaine at a traffic stop in Central Ohio which is enough to kill 15,352 people. According to The Recovery Village, a lethal dose of cocaine is about 6.5 grams.

Madison County troopers seized the lethal drugs during a traffic stop of a vehicle for a following too-close violation on Interstate 70. The OSHP says that when they stopped the U-Haul truck which had Arizona registration, they observed “criminal indicators” and a drug-sniffing k-9 detected possible contraband which warranted a probable cause search of the vehicle.