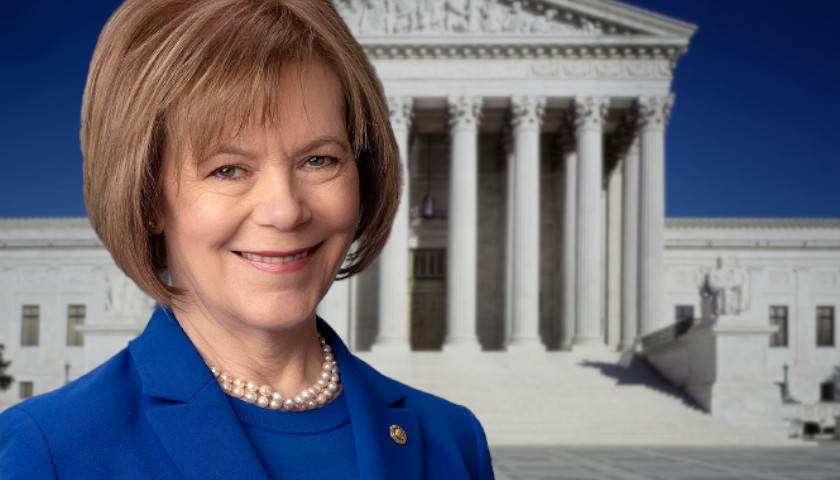 Two congresswomen from Minnesota, Sen. Tina Smith and Rep. Ilhan Omar, participated in a hybrid rally to support an expansion of the Supreme Court this week.

The event, hosted by Take Back the Court Action Fund and People’s Parity Project, took place Tuesday afternoon and featured a variety of speakers, including Democratic lawmakers and leftist activists. The activists joined in via Zoom, while the lawmakers spoke outside the Supreme Court Building.