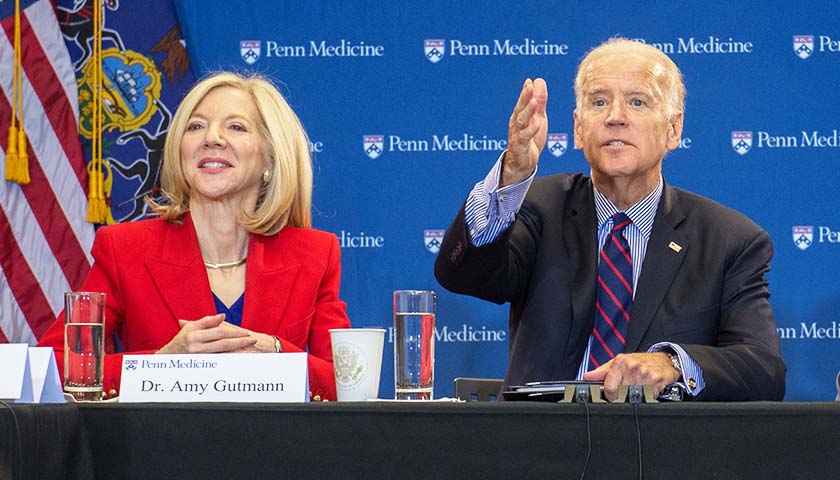 As President Joe Biden’s nomination of University of Pennsylvania President Amy Gutmann as ambassador to Germany proceeds in the U.S. Senate, a new book reveals that financial support from communist China to her university nearly tripled after the school established its Biden Center four years ago.

The flow of dollars from People’s Republic of China entities to Penn has already fueled contentiousness about Gutmann’s nomination. In a November letter to Republican and Democratic leaders of the Senate Foreign Relations Committee, Sens. Marco Rubio (R-FL), Ron Johnson (R-WI) and Ted Cruz (R-TX) expressed their concern regarding the amount of money the university has accepted from Chinese institutions and companies. Committee Ranking Member Jim Risch (R-ID) has since come out against Gutmann’s prospective appointment and has cited the $86 million in Chinese contributions and contracts that Penn has received since 2014.