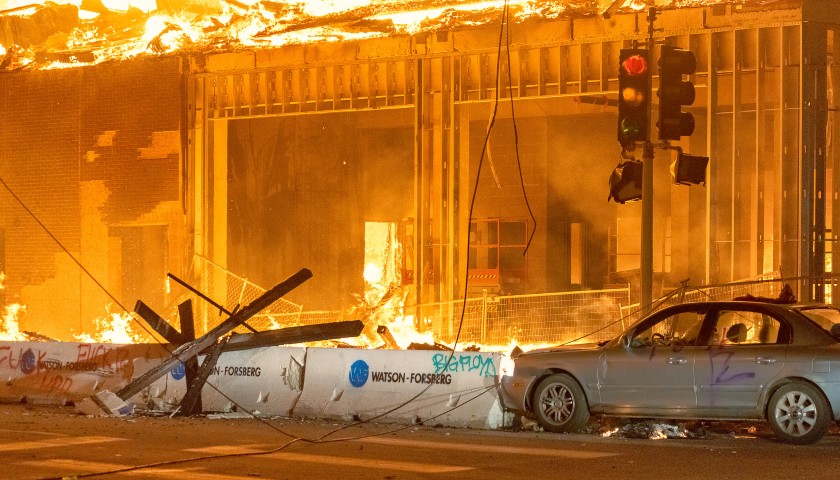 A Minnesota man pleaded guilty Thursday to one count of conspiracy to commit arson for helping set fire to a Minneapolis police station during civil unrest in the days following the death of George Floyd.

According to an indictment, Bryce Michael Williams, 26, of Staples, went to the Third Precinct building on May 28 where a crowd of hundreds gathered. At one point, the crowd began shouting, “Burn it down, burn it down” and a fence that surrounded the building was torn down.