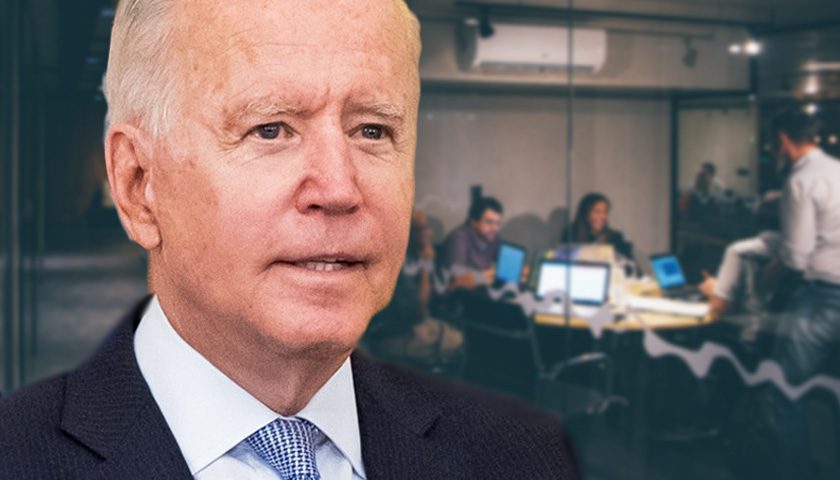 As Joe Biden launches via executive order a sweeping vaccine mandate for all federal government workers, and now a brand-new initiative for private-sector mandates, the issue has once again risen to the forefront of the national dialogue.

United Airlines, for example, recently became the first U.S. airline to mandate COVID-19 vaccination for all its employees. United Airlines’ mandate takes effect on September 27, and it might augur a broader trend: A poll conducted last month by insurance and advisory firm Willis Towers Watson, for example, suggests that 52 percent of private-sector employers surveyed expect to have a workplace vaccine mandate by the end of 2021. As Biden’s brand-new announcement of a Department of Labor rule for private sector vaccination requirements now makes clear, that poll was prescient.

Against this backdrop, several Republican-leaning states have advanced laws or executive orders that prohibit private sector vaccine mandates for employees, customers, or in some other respect. That tally is now at least eight states: Arizona, Arkansas, Florida, Idaho, Montana, Texas, South Carolina, and South Dakota. The legal mechanics and specifics differ from state to state. But the highest-profile and most mechanically straightforward Republican-led assault on vaccine mandates is the one in my new home state, Florida.