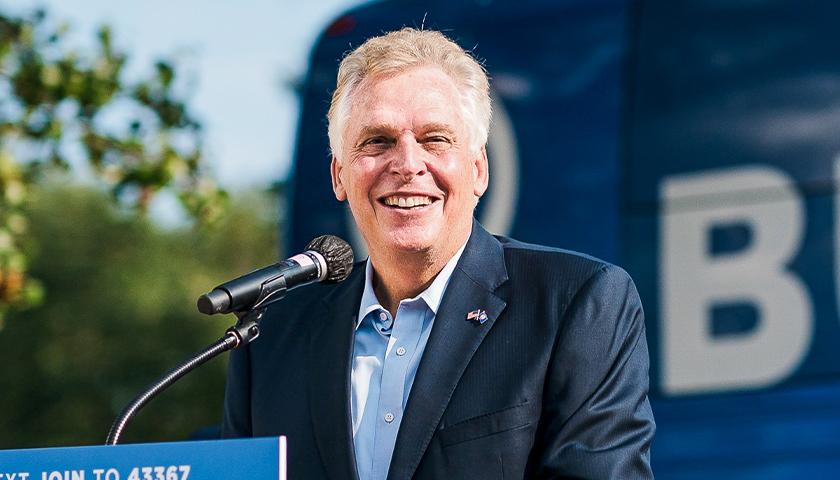 While pro-life candidate for governor, Glenn Youngkin continues to talk about rational pro-life measures, like preventing taxpayer funding for abortions and passing a Pain Capable Unborn Child Protection Act, pro-abortion former governor Terry McAuliffe, is sounding one note all over Virginia: he is promising to prevent any new pro-life law and to ultimately help see Roe v. Wade codified in the Virginia Constitution.

Terry McAuliffe is making protecting abortion promoters his top priority as witnessed in his comments and actions at two events in Virginia yesterday. At a small business forum sponsored by the Multicultural Chamber Alliance in Fairfax, VA, McAuliffe’s opening remarks focused on how proud he was to have kept Virginia’s abortion facilities open as governor and stopped any new pro-life laws from being enacted. Unsurprisingly, the small business leaders were not very excited, and the only applause was from his own cheer squad that he travels with.

Later in the afternoon, he returned to Charlottesville where he made a campaign stop at the local abortion facility to promise to “be a brick wall against any anti-choice (pro-life) laws. He said clearly to those present, “I will always fight to protect women’s clinics!” Obviously, the campaign funding he has received from the abortion industry is calling the tune he dances to. Their goal is to get him elected so as to protect the abortion industry in the Commonwealth. They have no interest in protecting women’s health or the lives of the babies they carry.