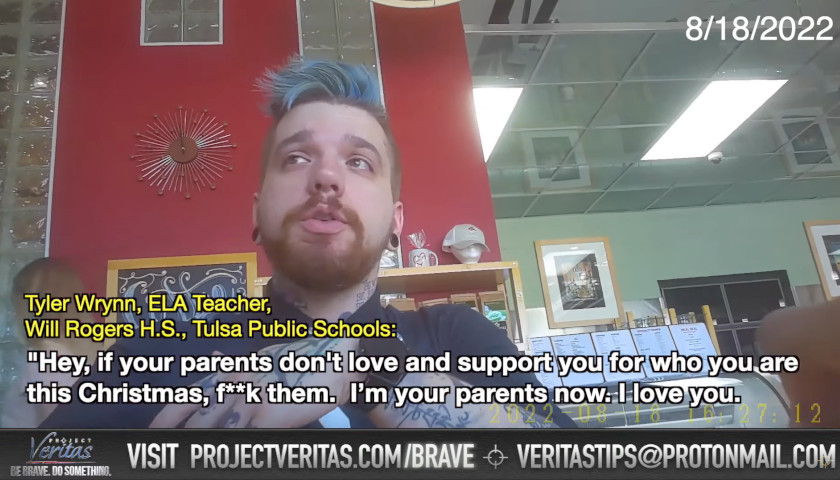 Project Veritas (PV) released a new video from its Secret Curriculum series Monday, exposing a middle school English teacher from Tulsa, Oklahoma, who claims to be an “anarchist” who indoctrinates children against their parents with the ultimate goal of overthrowing the American system of government.

Tyler Wrynn is an eighth grade English teacher at Will Rogers Middle School. In the video, Wrynn is heard describing himself to the undercover PV journalist as “an anarchist.”