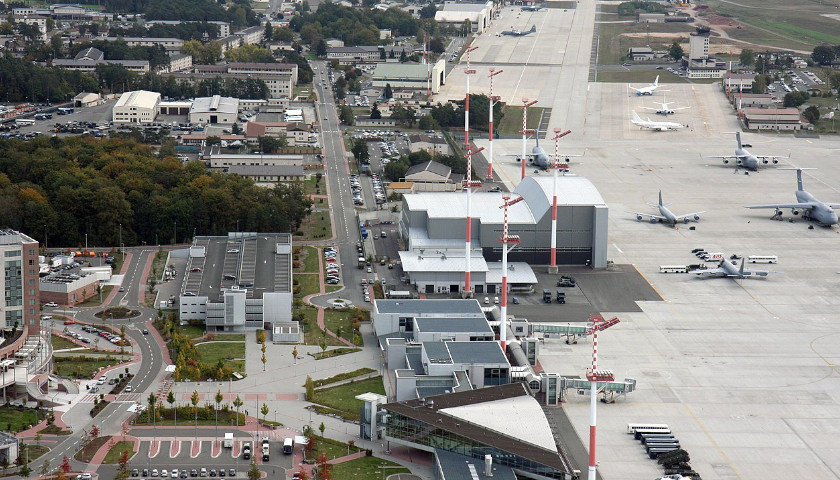 A male Afghan refugee who was departing the Ramstein Air Base in Germany for the United States was detained Monday after it was discovered during pre-flight screening that he had blasting caps and other explosives materials in his carry-on luggage, three U.S. officials told Just the News.