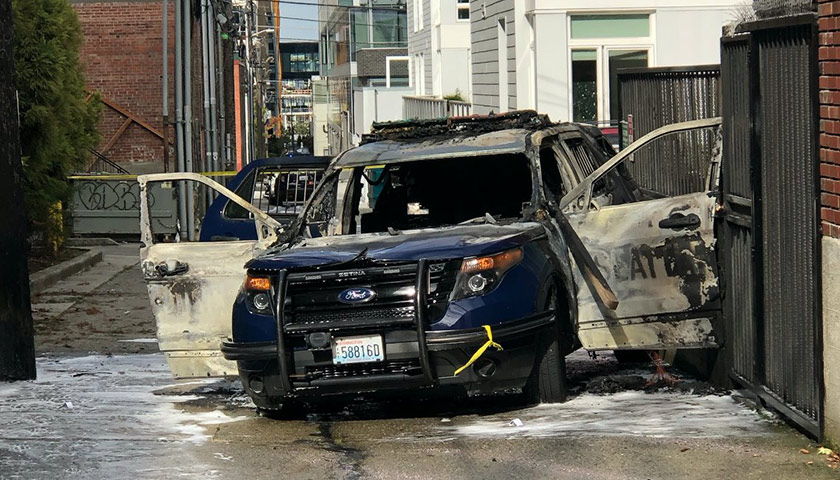 Fox News reports a Seattle police officer sitting in a patrol car parked in an alley Thursday afternoon suffered minor burns after a man set the vehicle on fire and ran away, authorities said.

Police responded to the incident near the downtown area around 1.30 p.m. after receiving calls that a man was walking around with a piece of burning lumber, according to a Seattle Police spokesperson.