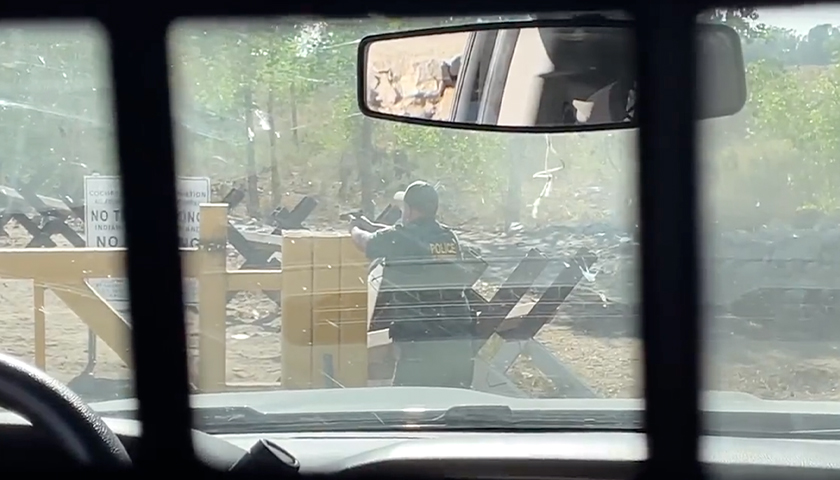 Journalists with the Real America’s Voice TV network were detained by border patrol agents at the southern U.S. border on Friday, with a reporter describing being “detained at gunpoint” amid the open crossing of illegal immigrants into the United States.

Ben Bergquam, a reporter with Real America’s Voice — with whom Just the News is partnered — posted a video depicting him in the back of a border patrol vehicle, showing what appeared to be a border patrol agent directing Bergquam’s colleagues with his gun drawn.

“And all of this is happening [with] 60 illegal [immigrants] just standing by the wall, no problem,” Bergquam said.