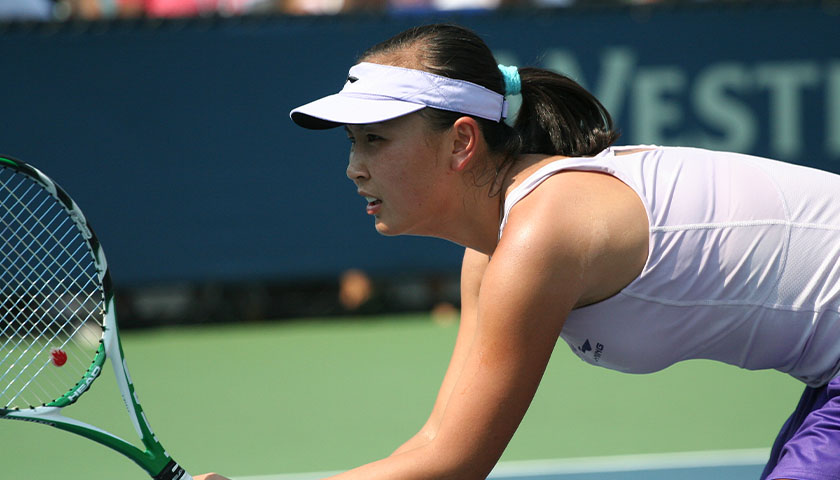 In early November, the Chinese (PRC) tennis star Peng Shuai wrote on her blog that she had been aggressed in 2018 by a Communist Party boss and vice-premier, Zhang Gaoli, who made her his concubine. The blog post, on the Chinese social media platform Weibo, was removed in less time than it takes to play a set, 20 minutes.

Peng’s glory days as an athlete were in the mid-teens, when she was the first Chinese tennis player to reach a no. 1 ranking; hers was in doubles. In that format she won Wimbledon 2013 and Roland-Garros 2014, partnering with the Taiwan (Free China) player Hsieh Su-wei (at a time when the Chicoms were offering Hsieh big bucks to defect to their side); Peng was also strong in singles, ranked no. 14.

Peng has not been seen in public or heard from since her blog was censured.