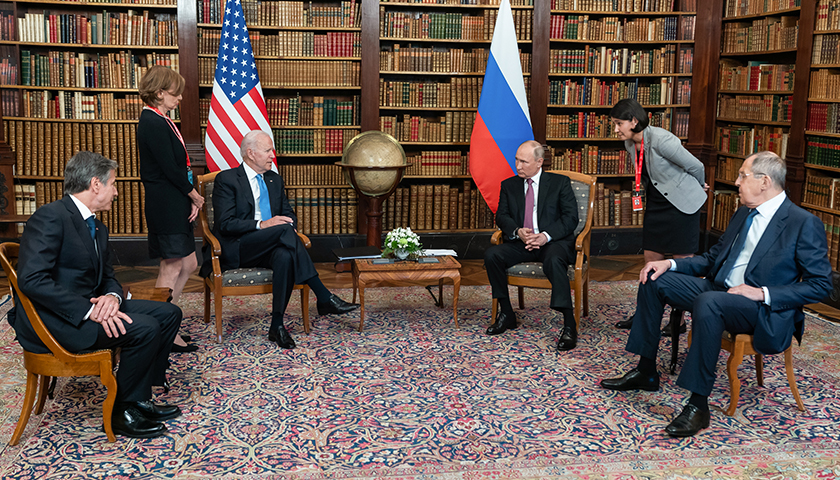 The crisis on the Russian-Ukrainian border has been a surreal spectacle for some weeks. This is not how invasions occur and wars begin. The potential aggressor does not mass large forces on the border of a possible target country before full international view and issue continuous statements to the international media about its intentions. And the senior military officials of great powers do not—as Chairman of the U.S. Joint Chiefs of Staff General Mark Milley ( leading man of the Afghan debacle) and some of his colleagues have done—publicly speculate on the psychology and likely intentions of the leader of the country implicitly threatening to start a war. Whatever Milley’s talents may be, there is no reason to believe that mind-reading is among them. It is, in any case, not part of his brief to give regular bulletins on what he thinks Russian President Vladimir Putin’s intentions may be.

This is Gilbert and Sullivan warmongering.

If Putin intended to invade Ukraine he would do so as he did with Crimea in 2008 and attempt to achieve some element of surprise. Instead he has made an international public spectacle of amassing six to 10 divisions on the Ukraine border, which every informed person in the world knows is inadequate to defeat and dominate a resistant country of 40 million people. This is theater: Russia pretends to threaten to be going to war; America pretends to react strongly, the NATO allies send forces to neighboring countries that are not under threat while asserting that they will on no account deploy forces into Ukraine, but will apply sanctions to Russia; some even propose preemptive sanctions against Russia although it has not actually done anything objectionable. (Russia could never be more than moderately inconvenienced by sanctions, especially if China and Germany ignore them.)