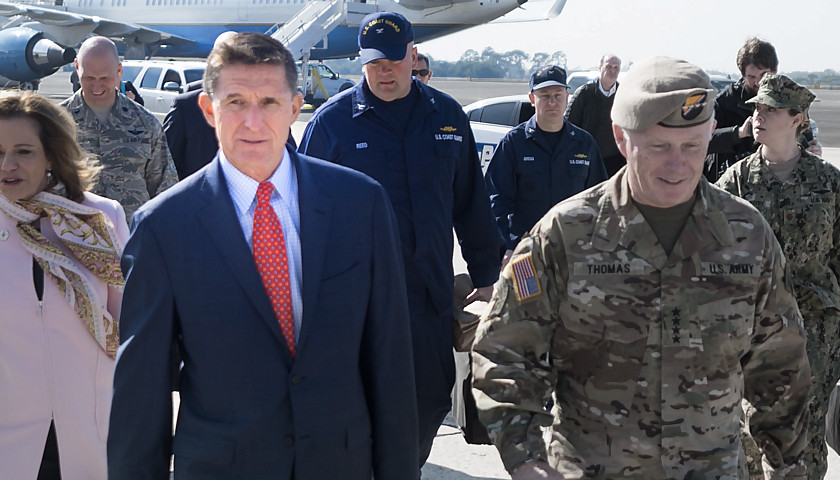 President Donald Trump said Sunday that he is “strongly considering” a pardon for Michael Flynn, the former national security adviser who pleaded guilty in the special counsel’s probe to lying to the FBI.

Trump cited an unspecified report that the FBI and Justice Department “lost” records related to Flynn, a retired Army general.

“How convenient,” Trump wrote on Twitter. “I am strongly considering a Full Pardon!”