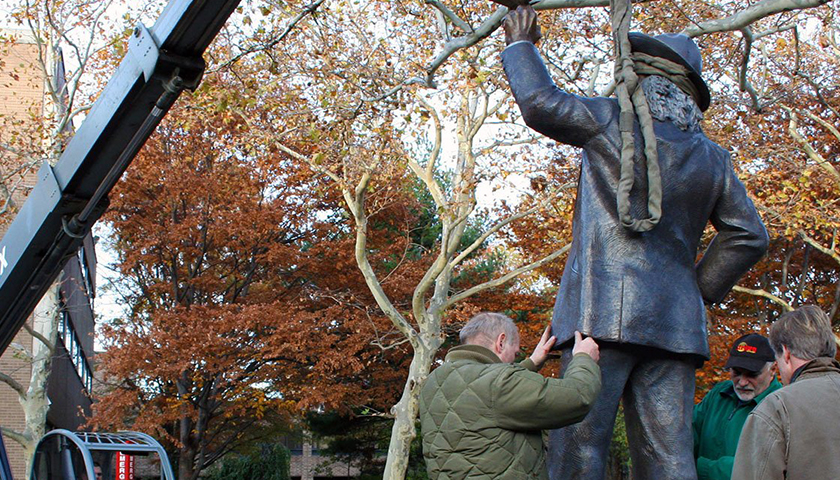 Rutgers University-Camden will remove a statue of the famous poet Walt Whitman from the center of campus as a result of activists’ petitions and a recommendation from a committee of scholars.

The statue of Whitman, featured prominently in the front courtyard of Camden’s Campus Center, will be “relocated to a historically relevant site on campus and contextualized,” interim Chancellor Margaret Marsh recently announced in an email to students and employees.

That new location has yet to be announced by campus officials.