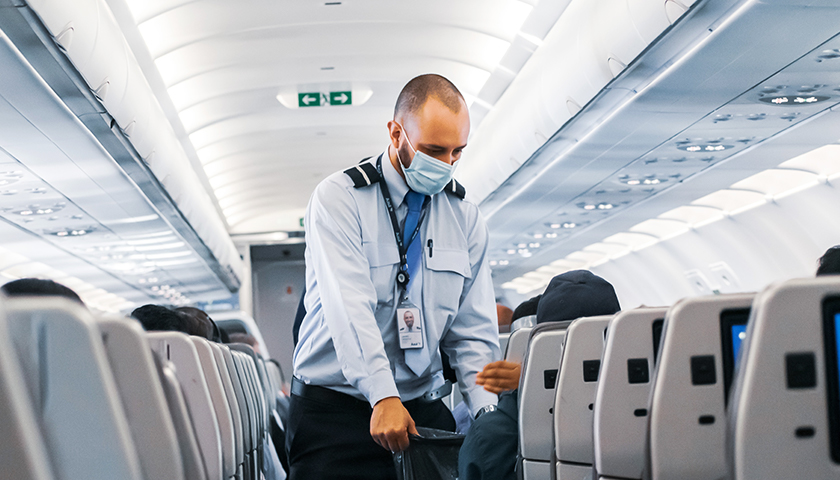 Flight attendants’ and teachers’ unions whose members are on the front lines of disputed Covid safety protocols are ardent enforcers of mask mandates for the public but do not require their members to get vaccinated. Such inoculation is widely acknowledged as the most effective step in stopping the spread of the new Delta variant, while masking is viewed as of secondary importance, and many are highly skeptical of its effectiveness and critical of its inconvenience.

As the Association of Flight Attendants continues to urge federal authorities to allow flight attendants to police passengers for masking – a policy that has led to fisticuffs on some flights – the union has struck an agreement with at least one airline, United, to allow unvaccinated members to fly. American Airlines and Southwest Air say they also do not require their flight attendants or other employees to vaccinate. Flight attendants for both airlines are unionized.