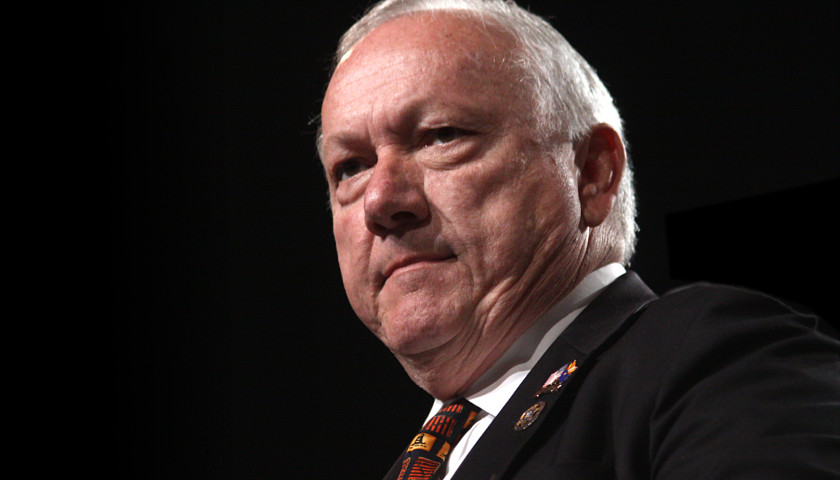 Longtime Arizona Legislator Russell Pearce of Mesa, who served as Senate President in 2011, passed away Thursday at age 75. The sponsor of Arizona’s nationally known SB 1070 curbing illegal immigration, which Governor Jan Brewer famously signed into law in 2010, died peacefully at a hospital surrounded by family and friends after becoming sick earlier in the week.

Pearce was loved on both sides of the aisle, famous for his friendship with Senator Kyrsten Sinema (D-AZ) going back to when she was in the state legislature and considered the most liberal member — the Arizona Federation of Taxpayers awarded her the Vladimir I. Lenin Award. According to one source, Sinema moved her desk at the legislature to sit next to Pearce.