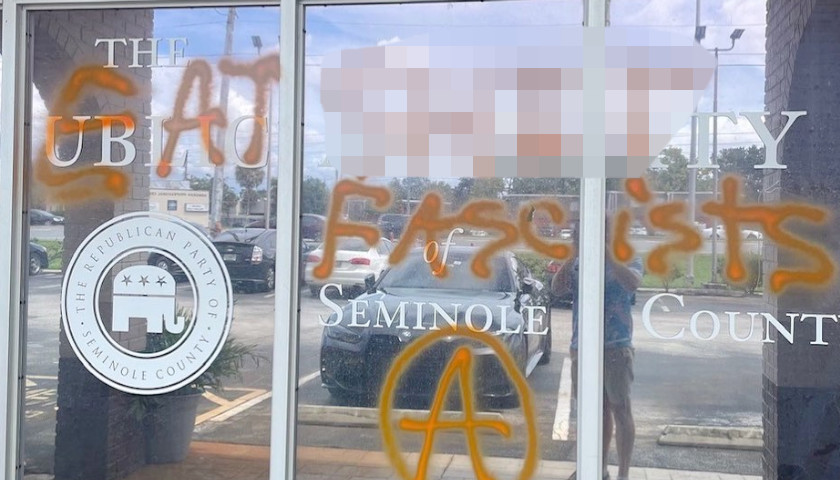 Republican Party chairwoman Ronna McDaniel posted an image of the office that was vandalized, which shows the outside window spray-painted with graffiti stating, “Eat [expletive] fascists” with an A symbol referring to the violent fascist organization, Antifa.