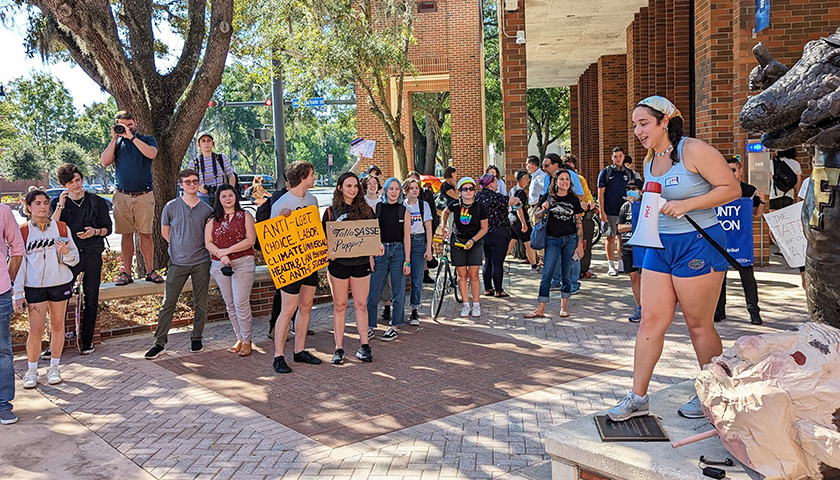 Hundreds of students at the University of Florida (UF) disrupted a forum for Republican Nebraska Sen. Ben Sasse, the only current contender for the school’s next president, with protests Monday over a previous statement he made regarding a same-sex marriage law.

“The Supreme Court once again overstepped its Constitutional role by acting as a super-legislature and imposing its own definition of marriage on the American people rather than allowing voters to decide in the states,” Sasse said in a 2015 statement in opposition to the Supreme Court’s decision to enshrine same-sex marriage in Obergefell v. Hodges. The Nebraska Republican is reportedly retiring from Congress to pursue a career in academia, according to a former aide.