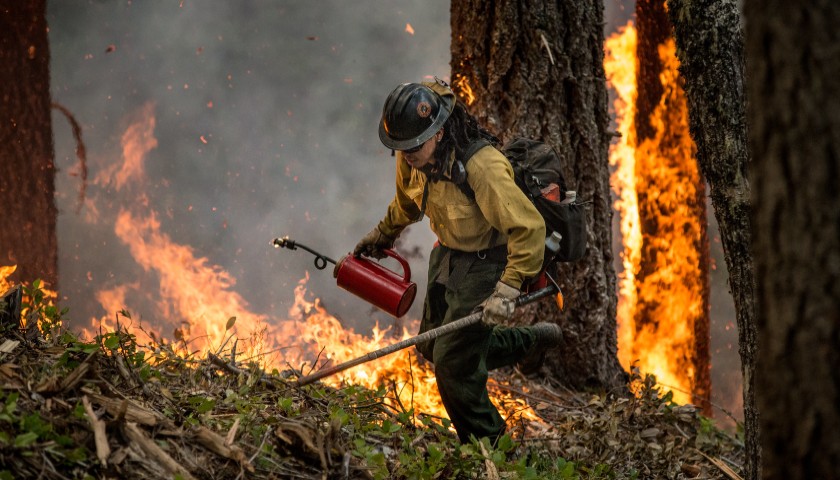 Bands of armed Oregonians blocked roads and demanded identification from motorists after a small fire was ignited intentionally on Saturday, police said.

Multnomah County Sheriff Mike Reese said the blaze was started by an illegal firework and was put out quickly, according to a Saturday tweet from the department. Oregon has been plagued by wildfires in recent days, as 22 people on the West Coast have lost their lives and large portions of the state were covered by an orange hue.