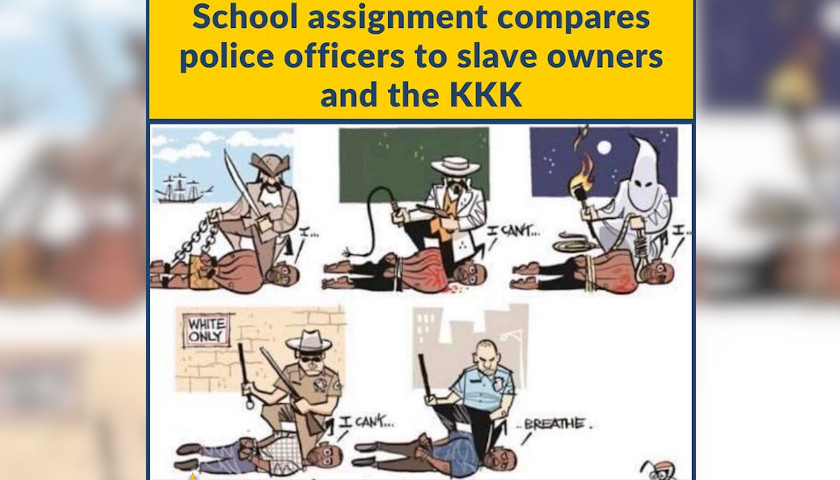 An assignment given to students at a Texas school included a political cartoon comparing police officers to slave owners and Klu Klux Klan members, the Fort Worth Star-Telegram reported.