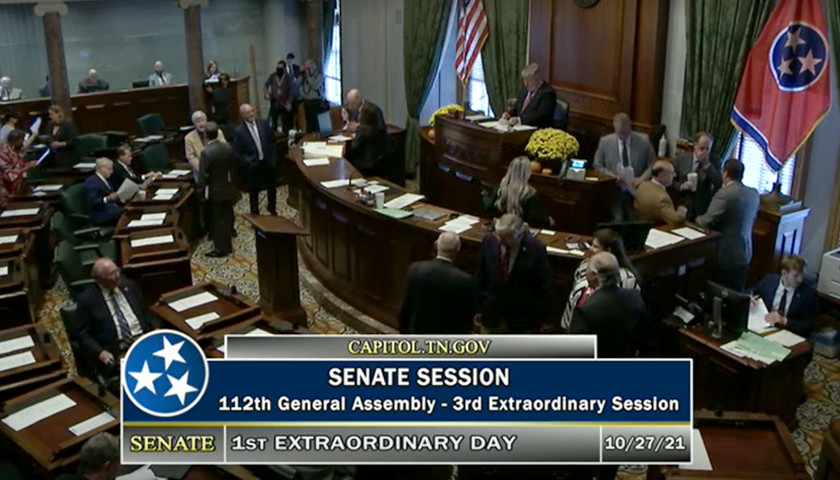 The two chambers of the Tennessee General Assembly met Wednesday in floor session for less than an hour to organize for the Third Extraordinary Session of the 112th General Assembly, which will focus on COVID-related issues.

Special Session III was called on October 19 by Tennessee’s Lt. Governor and Speaker of the Senate Randy McNally and Speaker of the House of Representatives Cameron Sexton in response to the written request of two-thirds of the members of each house, even as legislators were engaged in the Second Extraordinary Session called by Governor Bill Lee taking up $884 million in taxpayer giveaways for Ford Motor Company’s $5.6 billion electric vehicle project to be located on the Memphis Regional Megasite known as “Blue Oval City.”