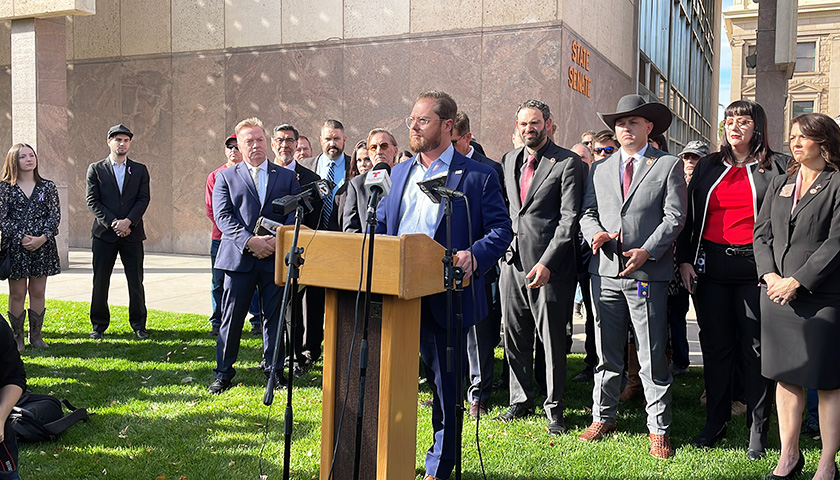 PHOENIX, Arizona – Monday marked the opening day for the 56th Legislative Session, but before getting down to business, the Arizona Freedom Caucus (AFC) and a group of Republican Legislators from the House and Senate met with the press to state they would be filing a lawsuit against Arizona Gov. Katie Hobbs (D).

“It’s become a modern phenomenon for Executive Branches across the country to try and legislate via executive order. We saw it with Barack Obama. We see it now with Joe Biden. And now, seemingly, Katie Hobbs, she also believes that she has the ability to legislate with the power of the pen, attempting to create law that simply does not exist,” said State Sen. Jake Hoffman (Queen Creek).