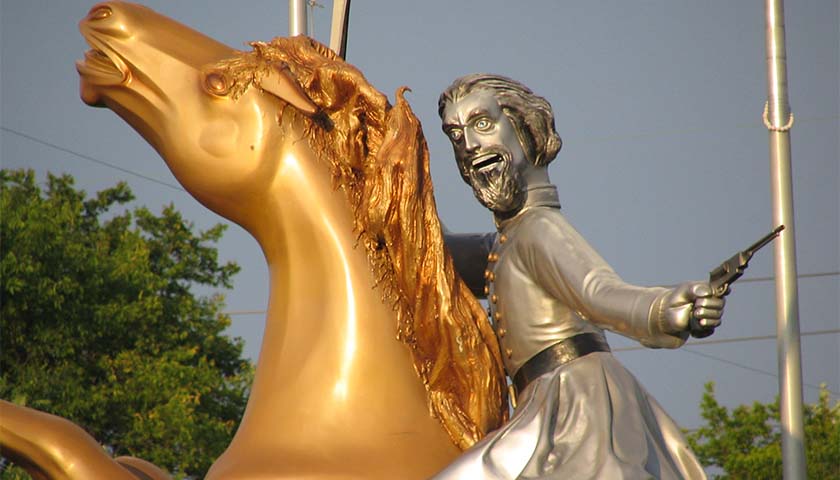 A statue depicting Confederate General Nathan Bedford Forrest was removed Tuesday morning from alongside Interstate 65 in South Nashville. The statue was on late Bill Dorris’ property, and after it was removed was relocated to a storage shed on Dorris’ property. The statue of Forrest stood for 23 years, despite the controversy that surrounded him.