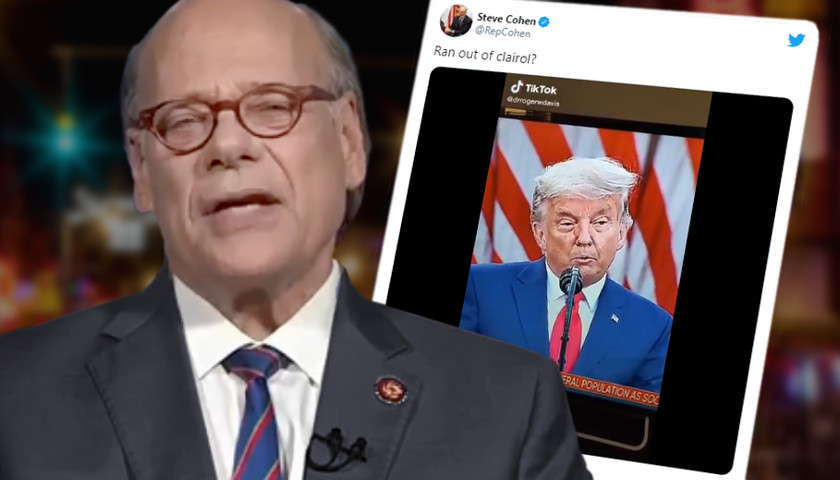 U.S. Rep. Steve Cohen (D-TN-09) this weekend used his Twitter to hurl another personal attack at U.S. President Donald Trump while he also accused Trump of using the recent election to divide people.

As The Tennessee Star has reported many times, Cohen has made countless divisive remarks about Trump and Republicans.

On Saturday, Cohen linked to a TikTok video and ridiculed Trump, whose hair in the video appeared white.