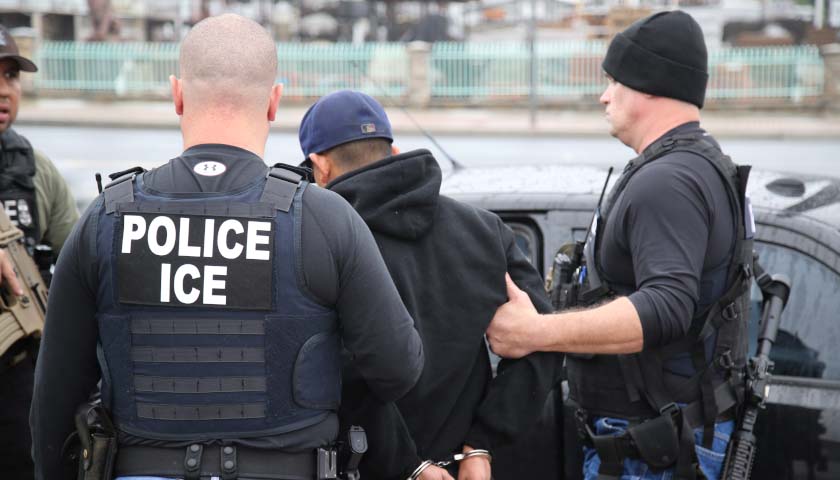 Immigration and Customs Enforcement (ICE) is underreporting the number of illegal aliens released into the country without any tracking technology by more than 18,000%, according to an internal document exclusively obtained by the Daily Caller News Foundation.

ICE disseminated the document to participants, including ICE Director Tae Johnson and other top agency officials as well as leaders from nonprofit organizations, of a Thursday event about ICE’s “Alternatives to Detention” program, which the agency put in place in 2004 to monitor illegal aliens released into the U.S. interior with ankle bracelets and cell phones. ICE disclosed to the attendees that there are 49,459 illegal aliens that aren’t monitored with any tracking equipment as of Nov. 14, while its own website says there are 266 as of Nov. 19.