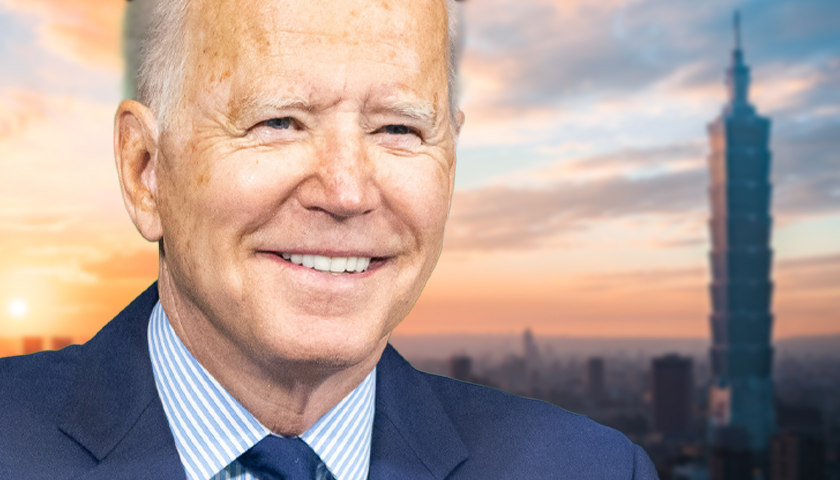 “Goodbye, great power competition and hello, strategic competition,” this is what the Biden Administration’s Pentagon spokesperson recently told Daniel Lipmann of Politico. According to analysts, these comments signal a shift toward a more cooperative, even conciliatory, American posture toward the Chinese Communist Party. Further, President Joe Biden told the media on October 6 that he had “spoken with [Chinese President Xi Jinping] about Taiwan. We agree that we will abide by the Taiwan Agreement.”

The agreement that Mr. Biden was referring to was the 1979 Taiwan Relations Act, an ambiguous agreement forged between China and the United States in which Taiwan would be treated by the United States as a foreign country without being formally recognized as such. While the 1979 agreement does allow for the provision of American military aid to Taiwan such that Taiwan can “maintain a sufficient self-defense capability,” the terms of this agreement allow for the Americans to shirk away from Taiwan whenever it is convenient for Washington do so.

The Biden-Xi call came on the heels of China’s brazen violation of Taiwan’s Air Defense Identification Zone (ADIZ) during the week of October 1. At that time, China deployed more than 50 warplanes to violate Taiwan’s ADIZ, testing Taiwan’s overworked air defense network and pushing the island’s military to the point of exasperation. At some point, a grave miscalculation will occur between China and Taiwan—a mistake that could spark another world war that Washington is not prepared or willing to fight.