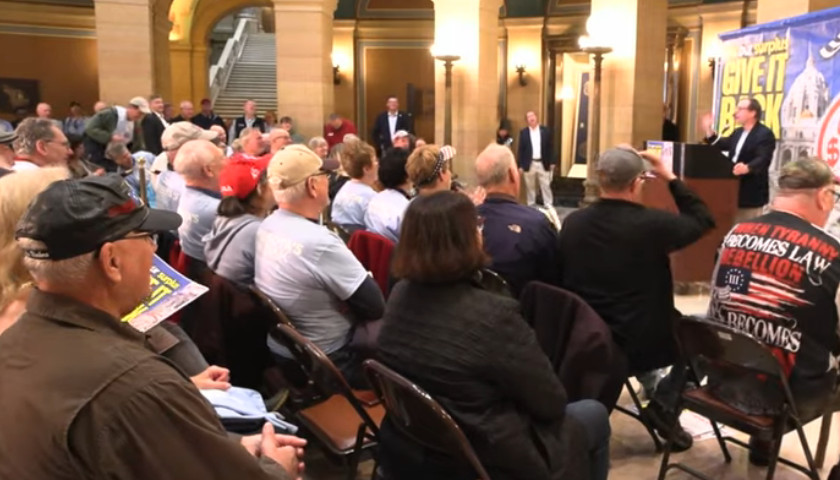 Minnesotans are calling on Gov. Tim Walz and the Legislature to return the record-breaking $9.3 billion budget surplus to the people by permanently cutting taxes.

A crowd gathered inside the Minnesota Capitol rotunda Saturday for the “Give it Back Tax Rally.” The rally was hosted by the Center of the American Experiment and involved several speakers including multiple radio hosts and a former U.S. congressman.