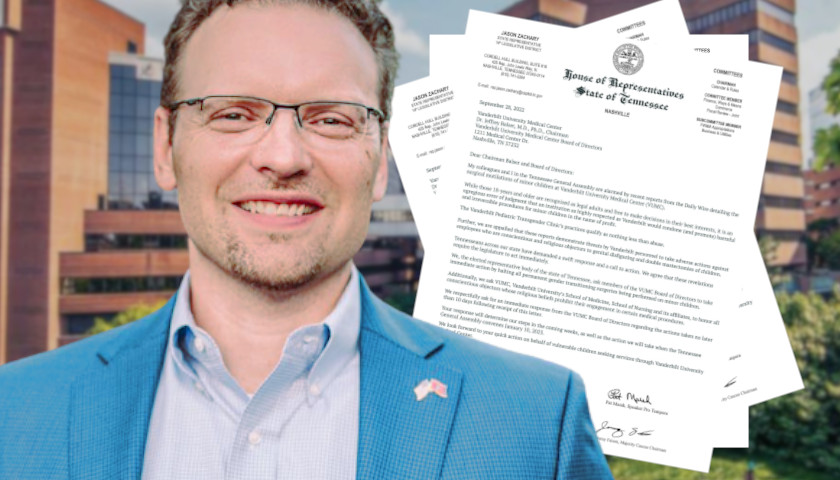 A large group of Tennessee Republican lawmakers have sent a letter to the Vanderbilt University Medical Center (VUMC) Board of Directors, asking the organization to stop performing gender transition surgeries for minors.

“This is a time in which elected leaders must boldly lead and speak on behalf of the people. I’ve been joined by my esteemed [Tennessee House GOP] colleagues in formally requesting that Vanderbilt Medical halt all gender transition surgeries on minors,” said State Rep. Jason Zachary (R-District 14) on Twitter, attaching a copy of the letter.