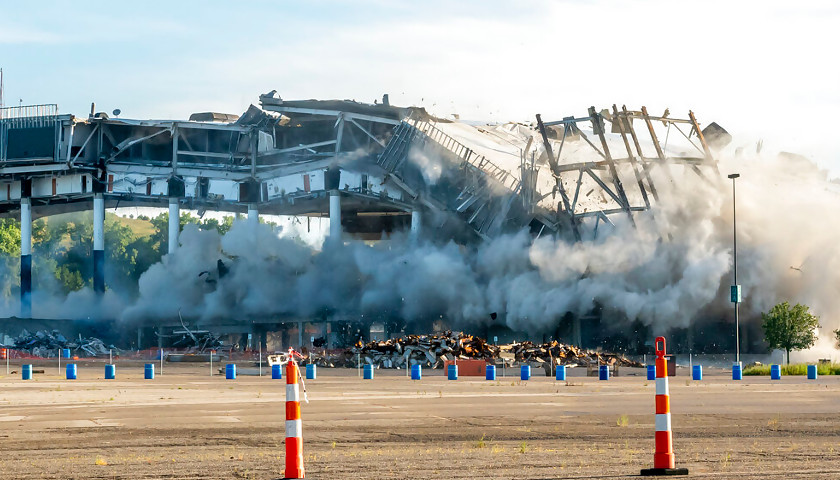 One of Michigan’s most beloved sports and entertainment venues was turned into rubble on Saturday with a series of controlled explosions.

The shell and roof of the Palace of Auburn Hills, which was home to three championship Detroit Pistons teams and three Detroit Shock teams and played host to some of the world’s biggest musical acts during its nearly 30-year run, crumbled to the ground following a series explosive pops. The rest of the arena had already been removed.